You are here:Home-Child Stars, THE BUZZ-Ashley Tisdale in Concert – FREE – August 12 in Glendale, CA
Previous Next 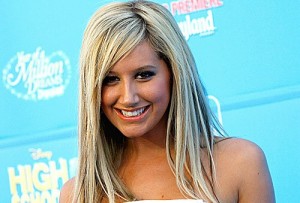 Ashley Tisdale is the adorable actress your kids know and love from the mega-hit High School Musical franchise and “The Suite Life” series.  Tisdale  will make her debut at The Americana at Brand performing songs from her new album, “Guilty Pleasure.”  The album, being released by Warner Brothers Records on July 28, is an edgy, guitar-driven pop-rock sound, a creative and mature leap forward for this appealing young singer and songwriter. The young star recently received a 2009 MTV Movie Award in the “Breakthrough Performance, Female” category for her role in High School Musical 3: Senior Year.