You are here:Home-Auditions, Casting Updates, THE BUZZ-CASTING UPDATES: Director Gary Ross Says No Leading Contenders for HUNGER GAMES’ Katniss Everdeen Yet
Previous Next 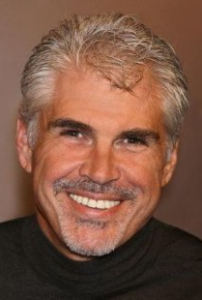 The Hunger Games casting process has become such a highly debated subject matter online and subject of speculation around town that I’ve dubbed it the “Katniss Games.” In an interview with Entertainment Weekly, Director Gary Ross reveals that contrary to widespread rumor Hunger Games heroine Katniss Everdeen has not yet been cast.

Ross stated he hadn’t met with any actresses for the coveted Katniss role but would be doing so shortly. Ross is committed to casting the right girl for the role and won’t “dumb the character down or cutesy her up for the movie,” according to EW. Ross tells EW:  “I’ve talked to Suzanne [Connors, the author of the trilogy] extensively and I feel like I understand the character really, really well. I feel like I know who that girl needs to be.”  He also quelled the rumor that there are already leading contenders for the role. “I’ve read in the press that there are frontrunners but that’s not the case.”

Ross hasn’t ruled out casting an unknown actress either. “I honestly don’t know,” he said. “We’ll cast the right person for the part. Lionsgate has been great in the respect that they don’t feel that this needs a movie star in Katniss’ role. The greatest thing about the franchise and the books being the star is that we can cast whoever we want. So we all feel like we’re just going to cast the right person.”

Gary Ross also explained that the casting will have nothing to do with an actress’ buzz or beauty, “I don’t think that’s the main criterion for Katniss. What makes Katniss attractive is her strength and her assuredness and her defiance and ultimately her compassion. And I don’t mean just physical strength. I mean a real strength as a human being. She knows her own truth. She feels deeply and fiercely. And this is something that the actress has to bring with her.”

My personal experience with Ross is that he will absolutely choose the right person for the role and with great conviction. While working on Pleasantville, I joined my husband Russell and Gary for sushi one evening after wrap. When I (innocently) questioned the casting choice of the lead character, David/Bud Parker, Gary conveyed his extreme commitment to and belief in a-then-unknown Tobey MaGuire for Pleasantville and felt no one else could play the part. And he was right, Tobey was the blend of youthful naiveté and serious acting chops the role required. As Ross himself is a prolific writer and story teller, he won’t be affected by the flavor-of-the-month casting syndrome Hollywood is notorious for, and with Lionsgate backing him, whomever they cast in the role will be an excellent choice. Let the Katniss Games begin!