You are here:Home-CHILD ACTORS, Child Stars, In the News, THE BUZZ-Child Star Jaden Smith to Partner With M. Night Shyamalan in “1000 A.E.”
Previous Next 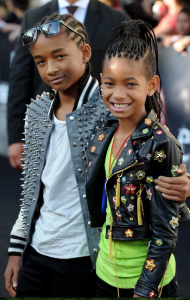 In an interview with Entertainment Weekly, Child Star Jaden Smith (Karate Kid) revealed that his the next film project may be “1000 A.E.,” directed by M. Night Shyamalan.

Jaden: “We’re reading the script right now. I don’t want to give it away because that wouldn’t be tight, but it’s set in the future and it’s about a journey.”

Shyamalan has been secretive about this project except to say that it will be a science fiction film. “1000 AE” is being developed by Overbrook Entertainment, the production company owned by Will Smith, James Lassiter, Ken Stovitz and Jada Pinkett Smith.

Shyamalan has worked with many child stars over the years; most notably with Haley Joel Osment in “The Sixth Sense.” Other young super-talent who’ve worked under Shymalan’s direction include: Noah Ringer (The Last Airbender), Spencer Treat Clark (Unbreakable), Ashlyn Sanchez and Spencer Breslin (The Happening), Rory Culkin and Abigail Breslin (Signs).