You are here:Home-CHILD ACTORS, Child Stars, In the News, THE BUZZ-CHILD STARS: Modern Family KID CAST Begin Their Own Salary Negotiations
Previous Next

We’ve all read about the adult cast of ABC’s Emmy award-winning comedy Modern Family banning together ala Friends and holding out  for substantial salary increases as a cohesive unit.  Well congrats to them as  those new deals provide for about $175,000 per episode for the fourth season, rising to about $350,000 per episode by the eighth season. The adult cast will also receive a percentage of back-end revenue, which could prove to be substantial long term, in exchange for dropping their lawsuit. With the adult deals now done, the show’s talented cast of child actors are banning together and asking for salary increases.

According to The Hollywood Reporter four of five Modern Family child stars are set to begin their own contract re-negotiations with 20th Century Fox Television this week.

These children’s renegotiations are not expected to be as difficult as the just-concluded adult negotiations and the kids are expected to show up to work next week as production on the show’s fourth season begins.

THR’s sources say the reps for the child actors, who have awaited the conclusion of the adult deals, will now seek big raises for their clients in exchange for adding an eighth season to theseven-season contracts.

Sarah Hyland, 21, (William Morris Endeavor), will also renegotiate her contract, but is in a “different” place than her younger co-stars as her salary was all ready higher based on her previous film and TV credits.

The youngest talent and newest addition to the MF Cast, Aubrey Anderson-Emmons, age 5, (Dramatic Artists Agency) just  joined the series last year, and is not expected to receive a substantial  raise.

The current salaries of MF’s younger cast mates is not publicly known but it’s estimated that a 10 year-old actor on a first-year network series earns between $10,000 and $12,000 per episode (Rodriguez and Gould were both about 10 years old when the show began). We’ll update as news arrives on the conclusion of these important negotiations. 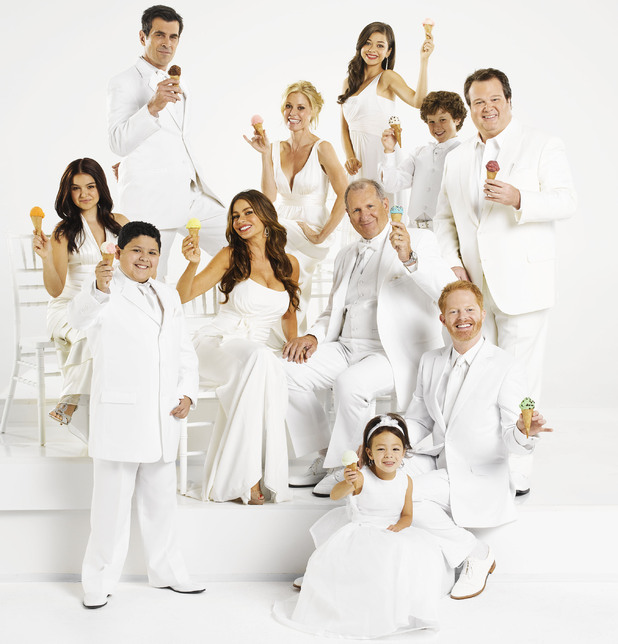