You are here:Home-CHILD ACTORS, Child Stars, In the News, THE BUZZ-DAKOTA FANNING Is the New Face of MARC JACOBS Fragrance “OH, LOLA”
Previous Next

Dakota Fanning, 18, is on a roll.  Film Star, Homecoming Queen, Cheerleader, High School Grad and now, the spokesmodel for Marc Jacobs’ newest fragrance, Oh, Lola. Fanning is the face for the ad campaign for a floral spin-off of the brand’s Lola perfume.

Allure Magazine interviews Fanning this month about her new spokesperson gig. An excerpt below:

You must have been crazy young when you sat in hair and makeup for the first time. What was it like? “I was about six. I didn’t have much hair then, just little blonde wisps, so they didn’t do much. But I think it makes anyone feel special to get their hair and makeup done.”

Have you learned any beauty lessons on-set that you’ve taken into your real life? “I’ve learned this from my mom and all the make-up artists I have ever worked with: Always wear sunscreen.”

How would you describe your look? “I like to look really clean and fresh-faced. It is always fun to experiment with a lot of makeup, but I keep it pretty simple in my everyday life.”

What’s the most extreme beauty change you’ve made for a role? “When I played Cherie Currie in The Runaways, I wore more eye make-up than I think anyone has ever worn; and with the platinum blonde wig I was totally transformed into Cherie.”

According to Marc Jacobs, “We recolored the bottle and changed the juice. This Lola is more of a Lolita than a Lola, but we weren’t going to call the fragrance Lolita. Lola is more seductive; Oh, Lola is sensual, but she’s sweeter.”

While the ad campaign, shot by Juergen Teller, won’t officially hit magazine stands until August, WWD published a sneak peek at the images. As you can see, a pink-clad Fanning is provocatively posed in a “Am I sweet or Am I sexy?” posture that oddly manages to accomplish both.

Regarding Fanning Jacobs tells WWD, “When we were speaking about who to use in the Oh, Lola fragrance ads — I had recently seen ‘The Runaways.’ Dakota was in it, and I know she could be this contemporary Lolita, seductive yet sweet.” 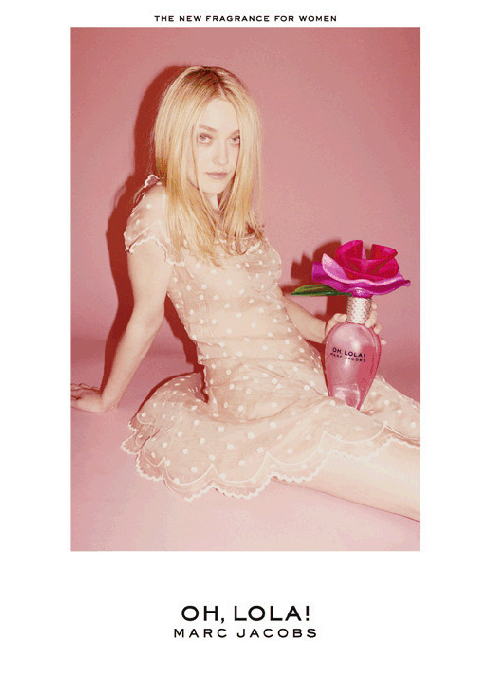 As I said the other day in a related post on Fanning’s graduation, it seems like just yesterday we were introduced to Fanning in “I Am Sam.” Sheesh, would someone please pass me a Geritol? 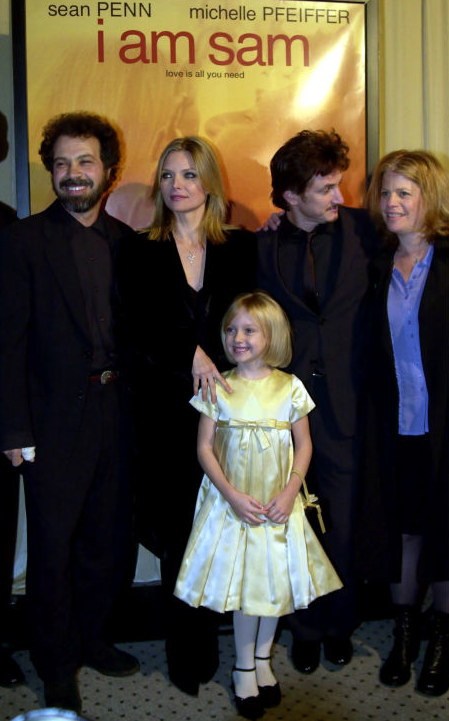 As I said the other day in a related post on Fanning’s high school graduation, doesn’t it seem like just yesterday that we were introduced to Fanning in “I Am Sam?”