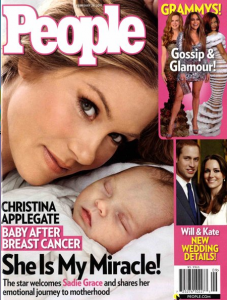 Following the recent trend of former child stars turned parents, Former “Married… with Children” child star Christina Applegatewill not be introducing newborn daughter, Sadie Grace, to the world of show biz as she was in her babyhood. According to an adamant Christina, “She’s allowed to study, and if she wants to take acting classes or dance classes, she’s allowed to, but I have a very strong ‘No’ when it comes to monetary exchange for your talents until she’s 18.” 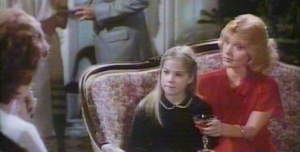 Christina got her start in acting at the tender age of 3 months old, making her TV debut opposite her mother, Nancy Lee Priddy, on the popular soap opera Days of Our Lives. The actress continued to work through childhood, taking her first movie role (Jaws of Satan) at age 7, and tackling guest-starring roles in ’80s sitcoms like Charles in Charge, Silver Spoonsand Family Ties. At 16, Applegate got her big break, landing the role of ditzy Kelly Bundy on Married… With Children.