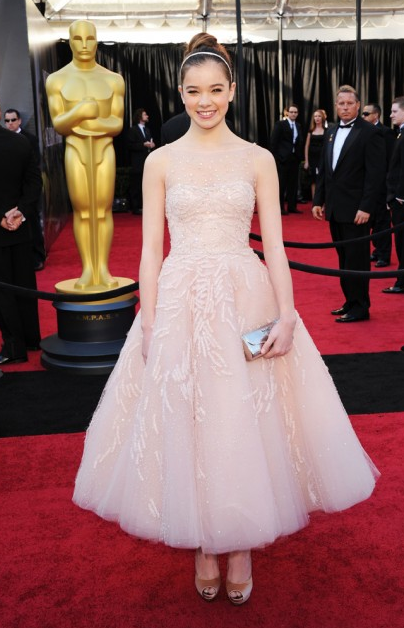 Academy Award Nominee Hailee Steinfeld has become a red carpet expert in less than a year. This talented child has not only performed flawlessly onscreen in the critically acclaimed western hit, “True Grit,” but on numerous red carpets as well – extremely tricky territory for a 13 year old girl with only one feature film under her holster. Hailee at the Academy Awards and later at the Vanity Fair after party, was a vision in a “one-of-a-kind” gown – Marchesa‘s pale ballet pink, crystal hand-embroidered tulle tea-length dress.  Hailee recently told Parade Magazine : “Paper Moonwith Tatum O’Neal was one of the first [movies] that stood out to me. Her role in that was a bit of my inspiration for True Grit—she was so independent.”  (Speaking of Steinfeld’s Oscar nominated role, I highly recommend “True Grit” for child actors over the age of 10 or so.  It’s a shining example of young talent and a wonderful performance our kids can appreciate and aspire to.) 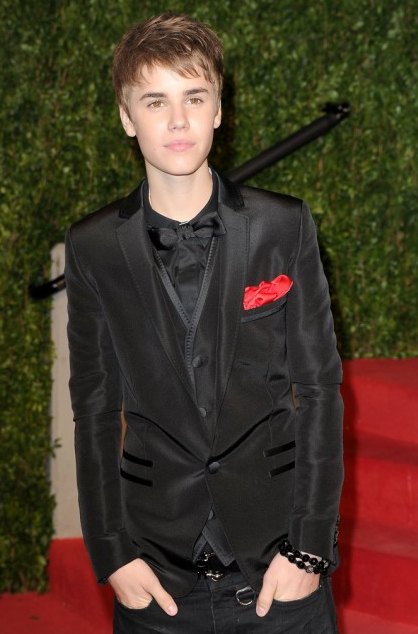 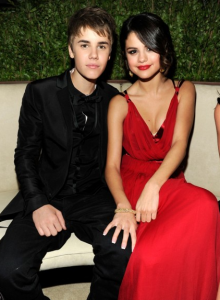