You are here:Home-Child Stars, Former Child Stars, Giving Back, THE BUZZ-Former “That’s So Raven” Teen Star Orlando Brown Gives Back with “Soles Of Our Children”
Previous Next

Former Disney actor, Orlando Brown, best known for his role as the spunky best friend to the “sometimes” clairvoyant, Raven Baxter on Disney’s “That’s So Raven!” (played by Raven-Symone) has temporarily traded in his acting shoes to lend a helping hand for a wonderful cause. Brown is working with the Kids On the Porch Foundation, a new interactive web series that brings kids together from all walks of life, for a fascinating look at how our porches and backyards have been replaced with technology. Kids on the Porch Foundation and Orlando Brown are currently involved in a mission for Haiti called, Soles of Our Children, which will collect used shoes that are in good condition to send to the kids affected by the earthquake in Haiti. 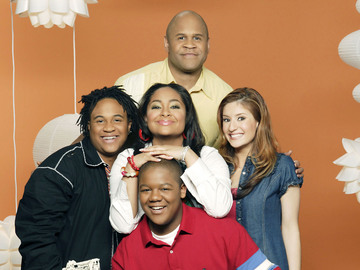 Orlando Brown, who also starred in the 1995 film “Major Payne” alongside Damon Wayans, has offered his time and fame to bring awareness to Kids on the Porch Foundation and their purpose driven web series show that sends a message to our youth about peer pressure, gangs, bulling, racism, and all the challenges they face today. As a child star himself, Brown understands the pressure of growing up in a pressure filled society, falling into a few bad traps himself; he’s picked himself up and is now looking to become an advocate for young kids in hopes to keep them from making the same mistakes.

“We feel Orlando is on track to becoming the next Jamie Foxx or Martin Lawrence. His body of work speaks for itself. We are proud to be on this journey with him and are excited to watch him continue to grow as an actor,” comment Reno Rankin and Andrew Rowe, President and Vice President of Titus Production & Management. 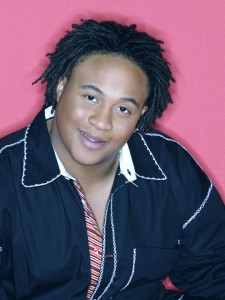 Along with his work with children, Orlando Brown has signed up to host the Jerkin’ Documentary “Cocky Wit It” Directed by celebrated Director, Tyrone Dixon, who has worked on films such as Roll Bounce starring Bow-Wow and Nick Cannon and the film, Tupac: Resurrection. The Documentary will identify and explore the jerkin’ dance movement, and the characters that are on the forefront of one of the hottest new dance craze to hit the country. Orlando Brown will host contests across the country featuring the best jerker’s the country has to offer. He will find 7 teams that will represent their school and or communities and they will join in the big finale show down which will award the winner $10,000 in cash and prizes.