Disney Child Star OLIVIA HOLT is SLEEPING BEAUTY in SLEEPING BEAUTY AND HER WINTER KNIGHT at the Pasadena Playhouse.  The Panto is now in its final week and must close Sunday, January 4, 2015.

An updated version of the classic Grimm fairytale, in the style of a traditional British family Panto, SLEEPING BEAUTY and Her Winter Knight, starring Disney Child Star OLIVIA HOLT is a singing and soaring winter adventure that features family-friendly magic, with a comedic twist, dancing (with “So You Think You Can Dance” alumni), interaction with the audience and contemporary music from Jessie J’s “Domino” to John Legend’s “All Of Me,” Pharrell Williams “Happy” to Survivor’s “Eye of The Tiger” and more.  Pantos are highly interactive shows – perfect for boisterous children. They encourage the audience to shout and participate including a BOO for evil Carabosse and CHEER for Aurora and her Prince. SING ALONG to songs you know and above all, enjoy yourself! 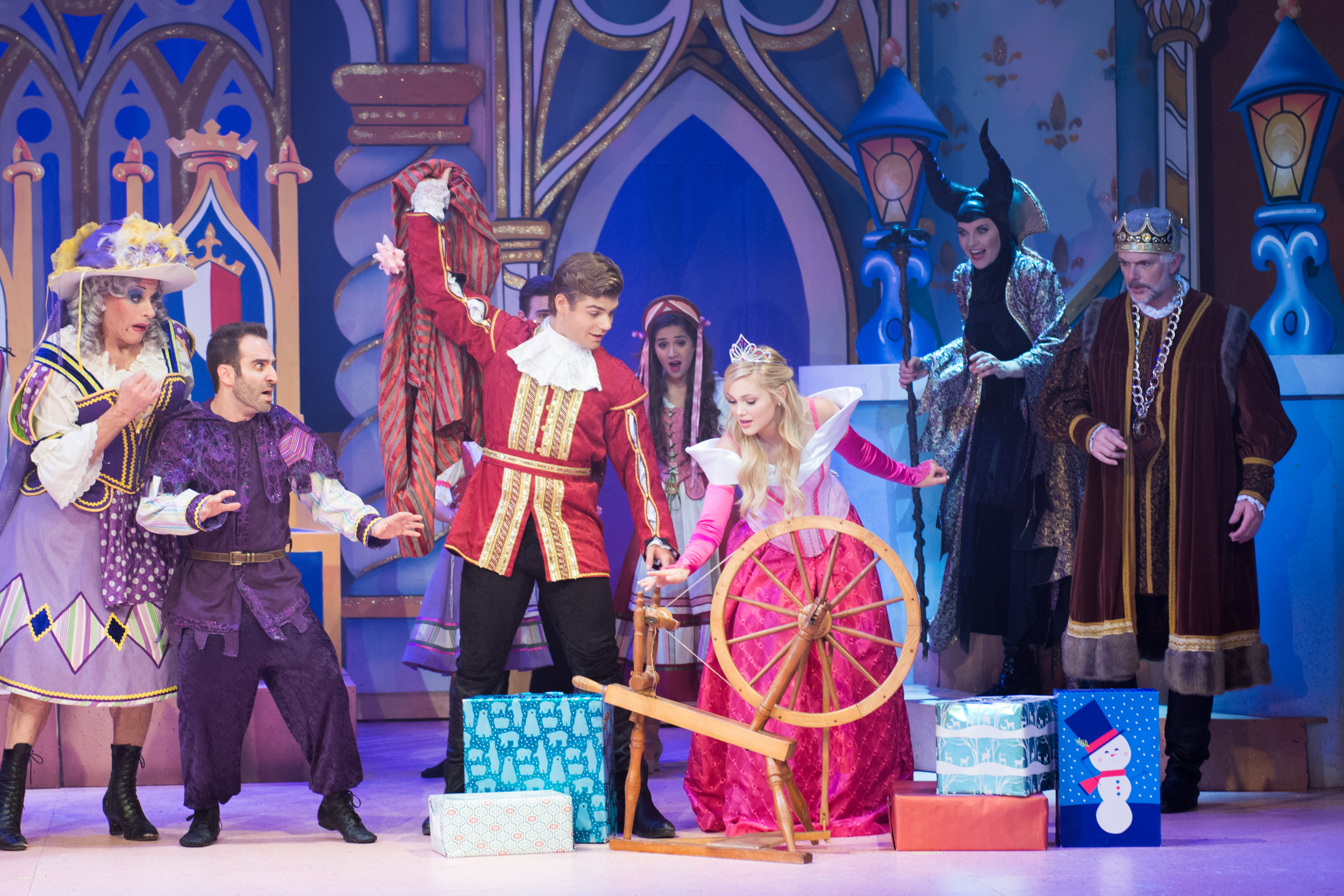 Child Star Olivia Holt can be seen as Lindy Watson in Disney’s original series “I Didn’t Do It.” Other credits include Kim in Disney XD’s hit series “Kickin’ It,” Skylar in Disney Channel’s original movie “Girl vs. Monster,” and recently, Regan in Paramount Pictures’ “Same Kind of Different as Me” alongside Renée Zellweger. Olivia’s a Hollywood Records recording artist and can be heard on the “Girl vs. Monster” soundtrack with three singles and also on the theme song for the DISNEY nature film “Bears.”  A Tennessee native, Olivia is very close to her family and is grateful for their love and support.

Also returning is director Bonnie Lythgoe (“So You Think You Can Dance”), choreographer Spencer Liff (Emmy nominee “So You Think You Can Dance”) and musical director Michael Orland (“American Idol”). The book is by Kris Lythgoe, scenic and costume design by Lythgoe Family Productions, and the LFP producers include Kris Lythgoe, Bonnie Lythgoe, Becky Lythgoe and Jason Haigh Ellery.

[box type=”info” style=”rounded” border=”full”]The Los Angeles Times says of Panto at the Playhouse, “Those who have never been to a Panto will have a glorious introduction to the forum” and Los Angeles critics have raved about the production.The LA Weekly says “GO! A rip –roaring time…a fresh take on a familiar tale – and valuable training in audience participation.”Broadway World says “Enormous fun with a dynamite cast… SLEEPING BEAUTY and Her Winter Knight is a really delectable Christmas confection!”[/box]

Lythgoe Family Productions produces fun, musical theatre the whole family can enjoy. Known for their creativity and involvement in television hits “American Idol” and “So You Think You Can Dance,” the Lythgoes are dedicated to bringing affordable theatre to families across America. Based on the Grimm fairytales, each story has been modernized with topical scripts for parents and well known pop songs for kids. The Lythgoes pride themselves on creating a memorable experience a family can share together. Past Panto at The Playhouse productions include: A Snow White Christmas starring Ariana Grande and Neil Patrick Harris and Aladdin and His Winter Wish starring Ben Vereen, Bruce Vilanch, and Ashley Argota. 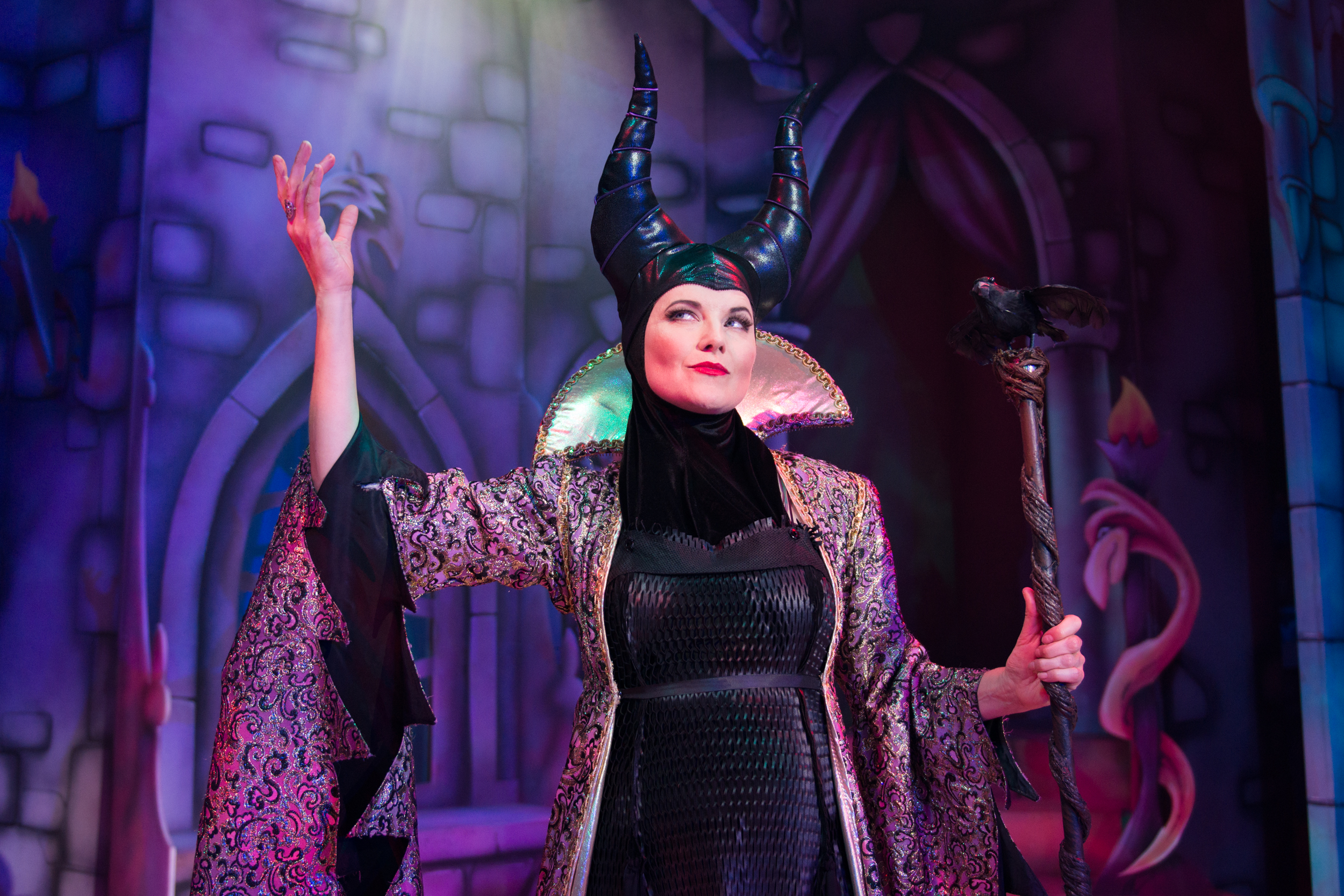 Lucy Lawless as the wicked “Carabosse.”

Prices: $24.00 – $150.00
Child Rear Orchestra and Rear Mezzanine $24.00 – 64.00
Golden Tickets are available for an additional $50.00 each
(limited to 10 Golden Tickets per performance).
A Golden Ticket allows the ticketholder (children only)
a special on-stage experience during the production.
Service and theatre restoration fees apply to all purchases.