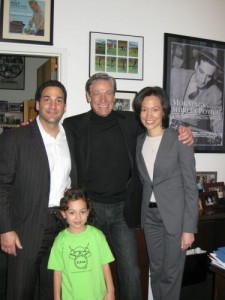 “Ribert and Robert’s WonderWorld,” the multi-award winning children’s television series, has signed the prodigy drummer Julian Pavone to 13 episodes. Julian will star in and co-host the shows as he travels to major U.S. cities on a quest to find out about the birth and evolution of various types of music throughout the country.

It would be a gross understatement to say Julian is no stranger to the media, having appeared on more than 100 television and news shows, including “The Oprah Winfrey Show,” “Good Morning America,” “The Maury Show,” “Martha Stewart” and “Inside Edition.”  I promise you have never seen a resume like this for a kid, much less one you probably have never heard of before this post. Julian has received worldwide attention with more than 7500 newspaper and magazine articles written about him.

“Ribert and Robert’s WonderWorld,” with 78 half-hours currently broadcasting, is a unique new preschool series that combines 3D animation and live-action in an effort to help children become more curious, more knowledgeable and more confident about the world they live in. It is the first interactive series presented from a child’s point of view. Every episode treats Ribert and the Power Pals (the viewers) to a virtual roller-coaster ride through WonderWorld designed specifically to explore Ribert’s curiosities – like colors, animals and being afraid of the dark.

WonderWorld Entertainment, LLC, producer of the show, recognized Julian’s talent and presented him with a Golden Ribby Award in April. He was one of many participants in this first worldwide online talent contest for kids. Julian comes to WonderWorld with an impressive resume. Just five years-old, he plays a 22-piece custom drum set with 17 cymbals and has full artist endorsements with Vic Firth drumsticks, Innovation Drums, ddrums, Dean Guitars and Sabian Cymbals. 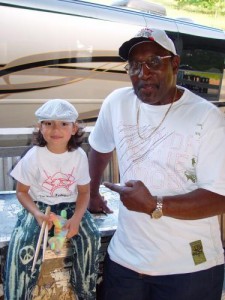 Many consider Julian the “Tiger Woods of the Music Industry.” He became the youngest member of the Cleveland Cavaliers’ Drumline at age 15 months and at 20 months recorded a CD, “Go Baby!” with legendary bassist Ralphe Armstrong. He is the youngest to have performed at West Hollywood’s famed Whisky A Go-Go. He invented and received a patent for “Abracadabra” Stain Cover-up, now also making him “The World’s Youngest Inventor!”

He’ll have a busy summer taping the series, performing with his “High School Band” and recording his next CD with Michael J. Powell (4-time Grammy Award winning producer).