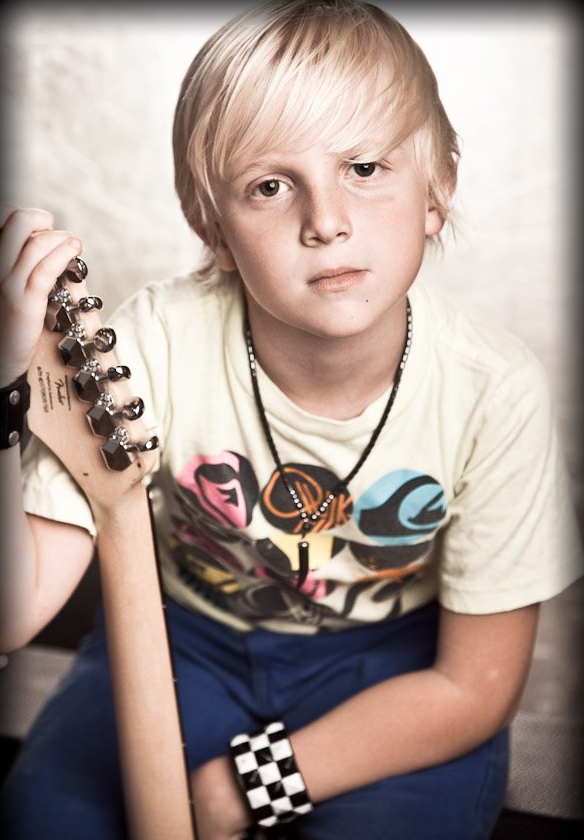 As we reported in October of this year, kids casting has been underway for SPIDER-MAN. Director Marc Webb was saddled with the difficult task of casting the younger version of Welsh actor and musician, Rhys Ifans (Notting Hill, Harry Potter). Kudos to casting director, Francine Joyce Maisler, who seems to have made a brilliant look-alike choice in Miles Elliot (right), as Superhero Hype officially reveals that Elliot has been hired to play the role of Curt Connors’ son, Billy, aka “The Lizard,” in Sony’s new take on this successful super-hero franchise.

Elliot, represented by The Savage Agency, has appeared in four short films and on an episode of Grey’s Anatomy. Like his doppelganger Ifans, Elliot is also a musician: playing the violin and fronting for the local kid’s band, My Brother’s on Fire, with his younger brother Zeke.  He’s studied at Discovery on Stage and Center Stage Dance Academy, both located in Monrovia, California. Some of Elliot’s other skills include improvisation, martial arts, cycling, swimming and baseball.

Rhys Ifans as "The Lizard" in the Spider-Man reboot