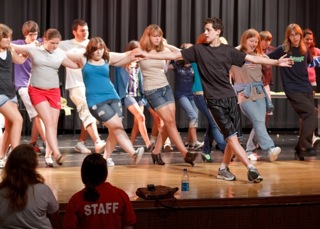 A Class Act NY, Manhattan’s award-winning acting studio for kids and teens (awarded “Best in Class,” by Time Out NY Kids) is proud to announce that Tony winner, Trent Kowalik of Billy Elliot fame will be teaching a one-day BETM master class this Saturday, September 25th.

Don Buchwald & Associates youth agent, Victoria Kress will also be at the workshop to conduct a mock audition. Victoria is always scouting for new talent! 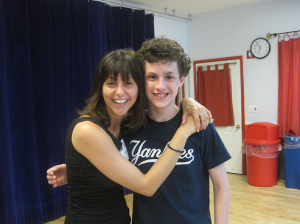 About JESSICA ROFE, Artistic Director of A Class Act NY

Artistic Director/Casting Director, Jessica’s love of the performing arts began at an early age. At the age of 10, Jessica performed on Broadway at the Shubert Theatre in a benefit for famed choreographer, Agnes DeMille. She shared the stage with some of the biggest legends in the business that night, including Tommy Tune and Mikhail Baryshnikov. Jessica continued her studies at the prestigious University of Michigan’s Musical Theatre Conservatory Program. After graduation, she received her Masters in Secondary Education at New York University, where she graduated with honors.

TRENT KOWALIK , Tony Award® Winning Actor
Trent made his Broadway debut in BETM. He previously performed the role of Billy on London’s West End. Trent originated the role in NY along with Kiril Kulish and David Alvarez; the three teens went on to jointly win the Tony Award for “Best Actor in a Musical” in June 2009. Trent also won the prestigious Theatre World Award in ’09, the 30 under 30 award for the best actors/actresses, and others too numerous to mention. Trent has made many TV appearances, including interviews on all of the major networks and on radio shows. He has also been featured in magazines, such as Vogue. He is the winner of national and regional dance titles under the direction of Dorothy Medico, Dorothy’s School of Dance, Bellmore, NY, and five-time undefeated National Step Dancing Champion and World Champion under the direction of Sean Reagan, Inishfree School of Irish Dance.