You are here:Home-CHILD ACTORS, In the News, LEGAL-Talent Search Companies Dismiss Lawsuit Against BizParentz Foundation
Previous Next 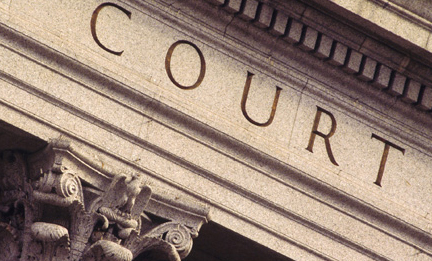 BizParentz Foundation and co-founder Anne Henry were accused of defamation for comments made to reporters about the business practices of Nedgam Productions, LLC dba “The” and Edge 1 Productions, LLC dba “ACT” (Academy of Cinema and Television). After a year and half long battle, the U.S. District Court dismissed the case this week at the request of the Plaintiffs.

This case was originally filed March 27, 2009 in Federal Court in Connecticut. BizParentz’ motion to transfer to the appropriate jurisdiction, United States District Court, Central District of California was granted April 30, 2010.

ACT voluntarily dismissed the case on November 3, 2010 after an unsuccessful mediation, when faced with the certainty of BizParentz filing an anti-SLAPP motion. “We believe that the plaintiffs voluntarily dismissed because they knew their case had no merit. This is a victory for our Constitution and the rights we all have to speak the truth,” said Anne Henry.

BizParentz Co-Founder Paula Dorn said, “BizParentz will never back down from a fight. We will continue to provide consumer and industry education, with warnings similar to many other well respected organizations. We value our reputation in the industry as leaders looking out for the welfare of families”.

BizParentz Foundation is a non-profit charity that serves the families of professional child actors. BizParentz and Ms. Henry are advocates and sought after experts in the area of child actors and child labor law, most recently sponsoring the Krekorian Act in California–the most extensive talent scam law in the nation.

“THE” is a talent contest currently held in Orlando, Florida while ACT is a school held in hotels in various cities, and based in Secaucus, NJ. Both entities apparently have additional corporate owners: New York Studio Incorporated. (The) and MDP Worldwide, Inc. (ACT), both owned by Michael Palance according to public records.  ACT and THE have held “auditions” at hotels around the country, and both businesses have been the subject of over 40 national news reports.

There have been other related lawsuits involving these businesses. One was settled against the affiliate ABC station in Rhode Island who did an expose on the businesses (US District Court for the District of Rhode Island, Case No. 09-141). New York Studios Incorporated recently filed a $75M lawsuit against the Better Business Bureau alleging that their F rating and 36 complaints should be attributed to the former owners, and reported individually for each business (US District Court, District of Arizona Case No.CV-10-02078-PHX-SRB). The latter case is pending.

In the case of the BizParentz Foundation lawsuit, BizParentz stated in their response to the complaint that they would be filing an anti-SLAPP motion, a function that is allowed in 22 states with SLAPP statutes.

Wikipedia has the following definition of SLAPP – “A strategic lawsuit against public participation (SLAPP) is a lawsuit that is intended to censor, intimidate and silence critics by burdening them with the cost of a legal defense until they abandon their criticism or opposition. The typical SLAPP plaintiff does not normally expect to win the lawsuit. The plaintiff’s goals are accomplished if the defendant succumbs to fear, intimidation, mounting legal costs or simple exhaustion and abandons the criticism. A SLAPP may also intimidate others from participating in the debate. A SLAPP is often preceded by a legal threat. The difficulty, of course, is that plaintiffs do not present themselves to the Court admitting that their intent is to censor, intimidate or silence their critics.”