Win Passes to World Premiere of “THE NUTCRACKER IN 3D” Starring Elle Fanning in Los Angeles on Hollywood Mom Blog!

You are here:Home-CHILD ACTORS, Child Stars, In the News, THE BUZZ-Win Passes to World Premiere of “THE NUTCRACKER IN 3D” Starring Elle Fanning in Los Angeles on Hollywood Mom Blog!
Previous Next

Win Passes to World Premiere of “THE NUTCRACKER IN 3D” Starring Elle Fanning in Los Angeles on Hollywood Mom Blog!

Your favorite childhood Christmas story is now a dynamic film in 3D and you can win a chance to attend the world premiere right here on Hollywood Mom Blog!

From the imagination of acclaimed Russian director Andrei Konchalovsky, the cherished story of The Nutcracker will be brought to life in spectacular 3D this holiday season and unbelievably will be the only holiday-themed film released this year!   The film boasts a stellar cast (Child Star Elle Fanning, John Turturro, Nathan Lane, Charlie Rowe, Yulia Vysotskaya) and features 8 new songs by Academy Award-winner Sir Tim Rice, each based on Tchaikovsky’s original music.

This coming Wednesday, November 10, 2010, *One Lucky Parent and Child will win passes to attend the Red Carpet, World Premiere of “The Nutcracker in 3D,” on HollywoodMomBlog.com. To enter, simply post one of your favorite childhood or holiday memories of seeing “The Nut Cracker” as a child, below in the comment section. Your memories can be funny, touching, or nostalgic!  The  winner will be notified on Monday, November 8, 2010, via email. Come join me, the Hollywood Mom and my Hollywood Kid Jordan, for the red carpet premiere!

*As transportation and lodging are not provided, the winner should be within driving distance of Los Angeles. 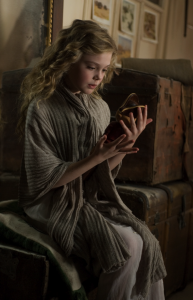 THE NUTCRACKER IN 3D follows nine-year-old Mary (Elle Fanning) whose dull Viennese Christmas is suddenly filled with excitement and adventure following the arrival of her beloved Uncle Albert (Nathan Lane) and his gift of an enchanted nutcracker.

On Christmas night, Mary’s new friend, The Nutcracker (Charlie Rowe) or “NC,” comes to life and takes her on a wondrous journey into his magical world of fairies, sugarplums, and other Christmas toys which come to life.  Mary soon realizes that this fantastical kingdom is facing danger from the tyrannical rule of the evil Rat King (John Turturro) and his devious mother (Frances de la Tour).  When NC is taken hostage, Mary and her newfound toy friends must uncover the secret of the Rat King to rescue NC and his kingdom. 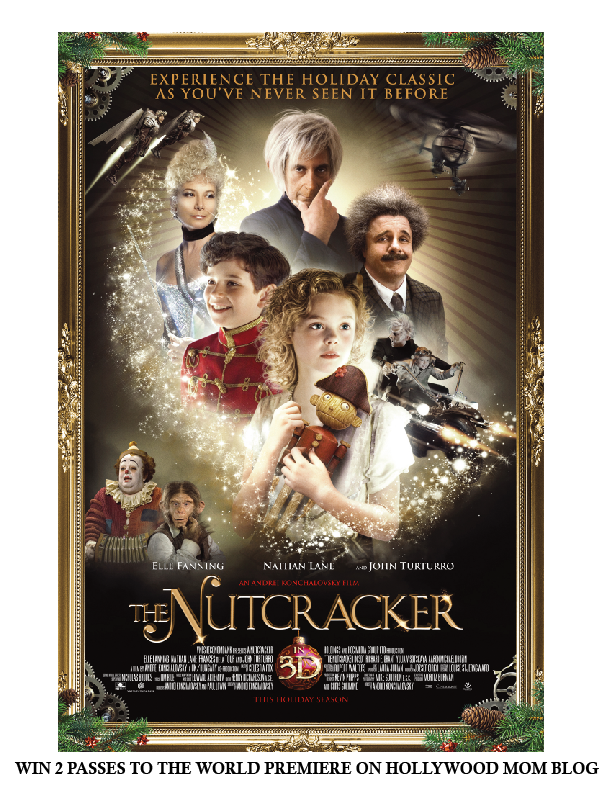 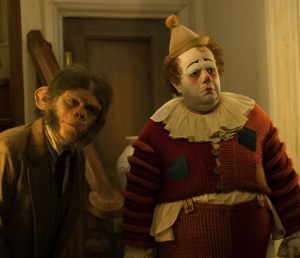