RUBY BARNHILL is Child Actor Cast in THE BFG

You are here:Home-CHILD ACTORS, In the News, New talent, THE BUZZ-RUBY BARNHILL is Child Actor Cast in THE BFG
Previous Next

RUBY BARNHILL is Child Actor Cast in THE BFG

It’s case of Beginner’s Luck for newbie child actor Ruby Barnhill who DreamWorks Studios announced has been cast as the young girl, Sophie, in the beloved classic children’s story, “The BFG.”   Steven SpielbergSteven Spielberg is set to direct the film adaptation of the novel by Roald Dahl (Matilda, James and the Giant Peach, Charlie and the Chocolate Factory).

Published in 1982, “The BFG” is the tale of a young London girl and the mysterious Giant who introduces her to the beauty and peril of Giant Country. Barnhill joins Mark Rylance who has been cast as the “Big Friendly Giant.”

“The BFG” will be 10-year-old Ruby Barnhill’s first feature film role. She has been acting for two years and will appear in the upcoming BBC BAFTA award-winning children’s drama “Four O’Clock Club.”  Ruby lives in Cheshire with her parents, younger sister and Tom the cat. She is a member of her local youth theatre. 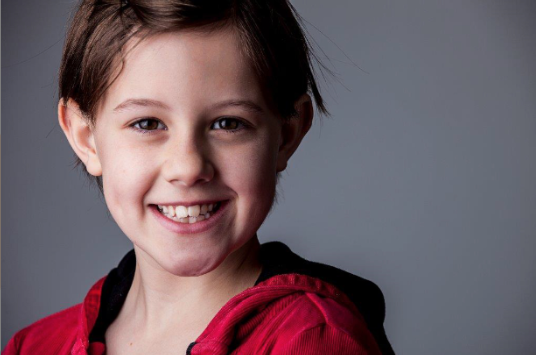 “I feel incredibly lucky and I’m so happy,” said Ruby Barnhill. “Sophie gets to go on this wonderful adventure and I’m so excited that I get to play her.”

“After a lengthy search, I feel Roald Dahl himself would have found Ruby every bit as marvelous as we do,” said Steven Spielberg. “We have discovered a wonderful Sophie in Ruby Barnhill.”

Luke Kelly, Managing Director of the Roald Dahl Literary Estate and Roald Dahl’s grandson, said, “The character of Sophie is one of the most endearing young heroes in Roald Dahl’s stories. She is as brave as she is curious and has an innate sense of wonder. Many congratulations to Ruby

[Barnhill] on landing the role. We hope that making ‘The BFG’ proves an utterly magical adventure for her.”

DreamWorks acquired the rights to the book in 2010 after Kathleen Kennedy brought it to the company. Melissa Mathison, who last teamed with Spielberg and Kennedy on “E.T.,” has written the screenplay. Spielberg, Frank Marshall and Sam Mercer will produce while Kennedy, John Madden and Michael Siegel are on board as Executive Producers. Kristie Macosko Krieger and Adam Somner are Co-Producers.

Spielberg will begin production on “The BFG” in early 2015 and it will open in U.S. theaters on July 1, 2016. The Walt Disney Company is distributing.

First published in 1982, “The BFG” was Roald Dahl’s favorite of all his own stories. Today, the book is published in 38 foreign languages, including Vietnamese, Korean, Ukrainian, Indonesian, Albanian, Estonian, Hebrew and Welsh.

About Roald Dahl and his legacy

Roald Dahl (1916–1990) was one of the world’s most inventive, mischievous and successful storytellers. His stories are currently available in 58 languages, and, by conservative estimate, he has sold more than 200 million books. Ten percent of all the Roald Dahl royalties are donated to the two Roald Dahl charities – Roald Dahl’s Marvellous Children’s Charity and The Roald Dahl Museum and Story Centre. Roald Dahl Day is marked annually all over the world on Roald Dahl’s birthday, September 13th, and in 2016 there will be global celebrations for the Centenary of his birth, which will coincide with the release of “The BFG” movie.

By Editor Tracy Bobbitt|2019-01-22T19:05:01-08:00December 17th, 2014|Categories: CHILD ACTORS, In the News, New talent, THE BUZZ|Tags: Child Actor cast in THE BFG, Dreamworks casts newbie child actor, Roald Dahl’s Novel THE BFG, Ruby Barnhill, Sophie in The BFG, The BFG|Comments Off on RUBY BARNHILL is Child Actor Cast in THE BFG