You are here:Home-CHILD ACTORS, In the News, THE BUZZ-Child Star Abigail Breslin’s “New Year’s Eve” Salary Guarantees a Happy New Year!
Previous Next 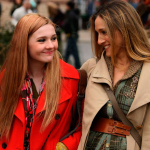 According to TMZ, the young starlet earned $39,285 a day in March for shooting her scenes for the comedy — and will command the same day rate in the event that any scenes need to be re-shot in post-production.

To put this in perspective, if she were to work daily at this rate she would earn a whopping $14 million per year. Jaden Smith was named the top earning film child star and his 3 million salary on “Karate Kid” pales in comparison to this.

The actress starred in her first movie, “Signs,” when she was 5 but became a household name in the 2006 box office hit “Little Miss Sunshine.”