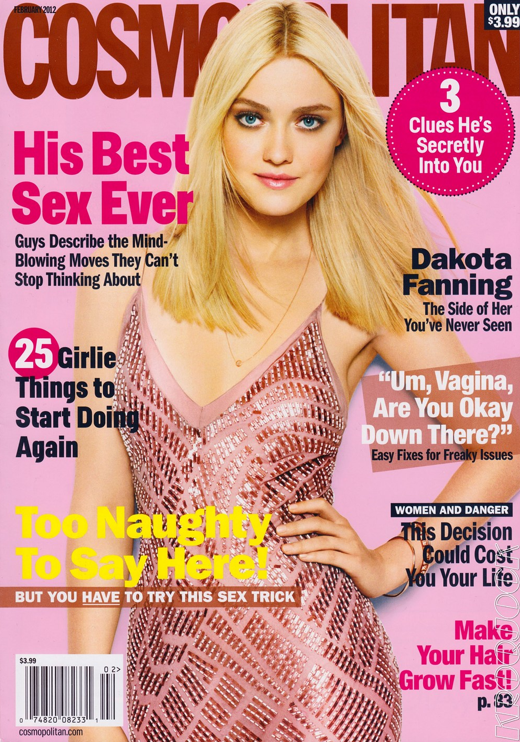 Many readers are crying foul that a young actress, known best for films like Charlotte’s Web and Dr. Suess’ The Cat in the Hat, is on this cover next to headlines reading “His Best Sex Ever,” “Too Naughty To Stay Here: But You Have to Try This Sex Trick,” and “Um, Vagina Are You Okay Down There?” But in all fairness, she looks beautiful if not entirely age appropriate in a mostly-cleavage-covering pink sequin gown. Reminder – Fanning will become a legal adult soon as she celebrates her 18th birthday at the end of February 2012.

Fanning is still legally a minor though which is why some outlets are raising issue with the placement of a 17 year old on the cover of a magazine well-known for pushing the limits of adult female sexuality. For those of you who recall Miley Cyrus’ Vanity Fair photo shoot a few years back – this seems tame in comparison to me. Living in Los Angeles, I’ve seen more provocative dresses at high school proms. I think it’s the not so much the photo people are struggling with as the Fanning-Cosmo affiliation.

Cosmo stands by their cover girl choice stating: “We’re thrilled to feature Dakota Fanning on the February cover of Cosmopolitan magazine and she looks stunning. Dakota, who turns 18 this month, is a mature, fearless young woman and we are proud to honor her as our Fun Fearless Female of the year. We applaud her unprecedented accomplishments which will continue in 2012 with her four upcoming movie roles.”

HMB Readers may recall that Fanning raised eyebrows in a perfume ad for Marc Jacobs’ perfume Oh, Lola! just a few months ago which was eventually banned in the UK for sexualizing a minor.

Click on the photo below to see Cosmo’s recap of Dakota’s red carpet looks throughout the years. 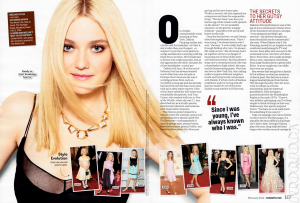 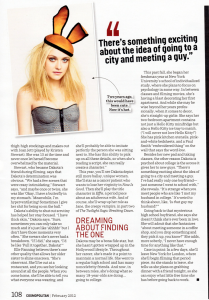 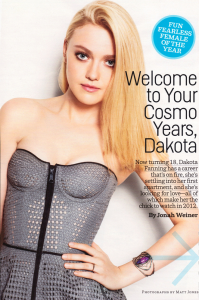