Former Child Star Corey Feldman, 40, who last August made startling allegations of sexual abuse against “unnamed” Hollywood Movie Industry big wigs on ABC News’ Nightline, is now ready to name names. The current Dancing On Ice star says he’ll reveal the names of at least two Hollywood pedophiles in a tell-all-book, currently underway, which will chronicle all the abuse that he and his fellow actors endured as children. 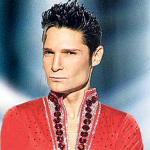 According to The Sun, Feldman decided to publicly discuss the abuse he suffered at age 14 after his best friend, former child star Corey Haim, died of heart failure and pneumonia. Feldman allegedly waited until after Haim’s death to reveal the abuse they both endured as he didn’t want to subject Haim to the nastiness all over again.  Coincidentally, one of their former talent agents was charged with child abuse at approximately that same time.

“When I was 14 and 15, things were happening to me,” he said. “These older men were leching around like vultures. It was basically me laying there pretending I was asleep and them going about their business. Corey [Haim] and I were pegged as the scapegoats,” said Feldman.

“People need to know the reason Corey and I were swept under the carpet like the beaten dogs that were sent to the pound so no one had to deal with us anymore,” says Feldman, “I stood up and said there is a bigger problem, that I’d lost Corey and that I didn’t want to see any more kids lost to these sick perverts.” 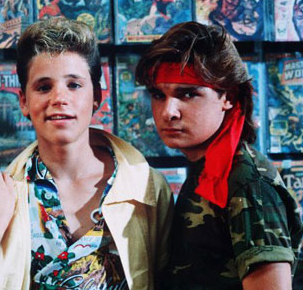 “This has been going on for a very long time. It was the gossip back in the ‘80s. People said, ‘Oh yeah, the Coreys [Feldman, Haim], everyone’s had them.’ People talked about it like it was not a big deal…”

“I literally heard that they were ‘passed around,’” Arngrim said. “The word was that they were given drugs and being used for sex. It was awful–these were kids, they weren’t 18 yet. There were all sorts of stories about everyone from their, quote, ‘set guardians’ on down that these two had been sexually abused and were totally being corrupted in every possible way.”

Fortunately, thanks to these brave stars the public’s eyes are beginning to open to this secret epidemic as three high profile pedophile cases have rocked Hollywood in the few short months following Feldman’s revelations: