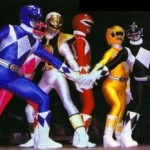 In what is likely a “Former Child Actor” first and hopefully last, Skylar Deleon 29, of Long Beach, was convicted on Friday of murdering an Arizona couple, Tom and Jackie Hawks of Prescott, in a scheme to steal their yacht and life savings. He received the death penalty for each individual murder.

Deleon starred in television commercials and appeared in the series ‘Mighty Morphin Power Rangers’ in his earlier, crime-free years. He was convicted in the couple’s deaths in October 2008, along with a third, unrelated murder.

Apparently Deleon and his accomplice and then-wife, Jennifer Henderson, expressed interest in buying the couple’s half-million-dollar yacht, but instead threw them overboard tied to the boats anchor, during a test cruise out of Newport Harbor in 2004. Deleon used his own young children as decoys in gaining the trust of the Hawkeses’; their bodies have never been found.