You are here:Home-Former Child Stars, Momagers in the News, THE BUZZ, Then & Now-Hollywood Stage Moms & Dads Angered by Minnie Driver's Wreckless Comments
Previous Next

Actress Minnie Driver, 44, reportedly told Us Weekly that she is not an advocate of child actors in the industry, stating “I’m not really for the whole kids in show business thing.”

Driver added that she’s even more uncomfortable with the parents of professional child actors. That would be us, Hollywood Stage Moms, and I’m afraid that’s the nicest thing she had to say about “our kind.” 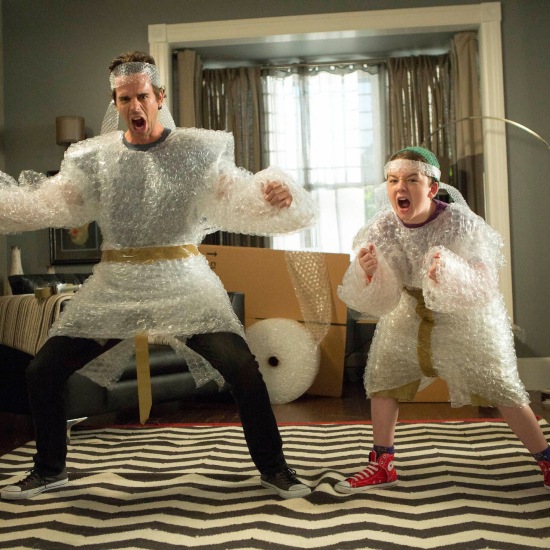 The stars of “About A Boy,” David Walton and Benjamin Stockham.

Driver’s commentary is ironic and wreckless, given her career was recently revived by the popular new NBC television show, “About a Boy,” which as the show title directly states and implies, is (you guessed it!) ABOUT-A-BOY.  The “boy” in question is played by uber-talented child actor Benjamin Stockham and his Hollywood Mom is Juana Stockham, a respected and beloved member of the Hollywood Mom/ Child Actor community.  Prior to landing the series, Driver’s most notable appearance in the past five years was a 2010 episode of Modern Family, coincidentally also a television show dominated by (GASP!) child actors.

Driver further divulged to US Magazine:  “It’s really difficult even when you meet lovely parents of children who are in show business. There is still the fact that

[the child actors] are not having a childhood. They are out of their element, and in the element of an adult world which is not always appropriate. It seems to me there is always a certain level of desperation that makes a person put a child in that position.“

Regarding stage parents, Ms. Driver further stated, “That’s an interesting place to start for a character: Someone who’s desperate and conflicted. And if that’s overshadowing everything else, it doesn’t matter how nice or kind or empathetic they may be elsewhere. The overriding thing is quite fierce.”

Seriously?  Generalize and stereotype much?  As the parents of child actors, we can all attest that the pursuit of most child actors has little to do with “a parents choice.”  Parental support? Yep, thats something Hollywood Moms and Dads give everyday, all day long. I just preached this is an interview in special Child Star issue of Thrifty Hunter Magazine.  Parental sacrifice? Yes, a heap of that too. Our children could not pursue their passions without the commitment and dedication of at least one parent and a child actor’s life often requires the support of an entire family: mom, dad, siblings, aunts, uncles, and grandparents.  But isn’t this true of any worthwhile passion a child has? Our children rely on us as parents to get them enrolled in, prepared for and then transported to (and from) any pursuit whether it be baseball, chess team, gymnastics, church group, mock trial or acting. At the end of the day, all these activities require parental support – emotional, physical, spiritual and financial. 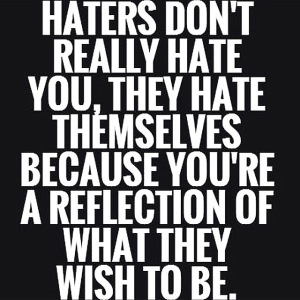 And don’t get me started on the inference that we’re depriving our kids of a childhood. Most actors, including children, work very few hours on a regular basis and that” work” is something that lights these kids up and that they’ve begged to do.  And unlike their older acting counterparts, our child actors aren’t working side jobs in their spare time, they’re out enjoying their childhoods.  If anything, child actors have more access to unique and enriching opportunities than one could possibly imagine; the Actor’s Fund Looking Ahead Program is a perfect example of this.

Most of the Hollywood Moms and Dads that read this article (after shaking off the initial dismay and anger), laughed and said things like:

“The only thing I’m desperate for is a manicure.”

“Uhm, she is entitled to her opinion. BUT if she feels this way then she shouldn’t take a job where there will be child actors in the project! Oh but its ok for her to work with and profit off of a child actors work?!”

“No childhood? My kid has more friends and social events than I do!”

“I would encourage Ms. Driver to issue an apology to her co-workers, and to re-think her sweeping remarks about all stageparents. How would she like it if we all said, ‘All aging actresses are desperate to remain in the spotlight so they make stupid comments about people they’ve never met.'”

We are not saying that she isn’t entitled to her opinions, regardless of the merit or lack thereof, but would absolutely urge her and others to use common sense and decency in sharing those opinions with the world because at the very least YOU MIGHT HURT YOUR YOUNG CHILD CO-STAR’S FEELINGS.