FROM THE MOMAGER TRENCHES: It's A Wrap for "My Brothers Keeper!" @LoveLearnPlay

You are here:Home-From the Momager Trenches, HOW TO BECOME A CHILD ACTOR, Parents of Child Actors, THE BUZZ-FROM THE MOMAGER TRENCHES: It's A Wrap for "My Brothers Keeper!" @LoveLearnPlay
Previous Next

FROM THE MOMAGER TRENCHES: It's A Wrap for "My Brothers Keeper!" @LoveLearnPlay

I want to start my last post on location in NYC with a gigantic THANK YOU to everyone who has followed our adventure.  I am still having trouble believing that our boys and our family did something worthy enough to chronicle on the Hollywood Mom Blog!  We’ve been home for a week now but it still feels so surreal.  We have received so many wonderful comments and supportive messages- Thank you for each and every one and thanks to those of you just reading along! 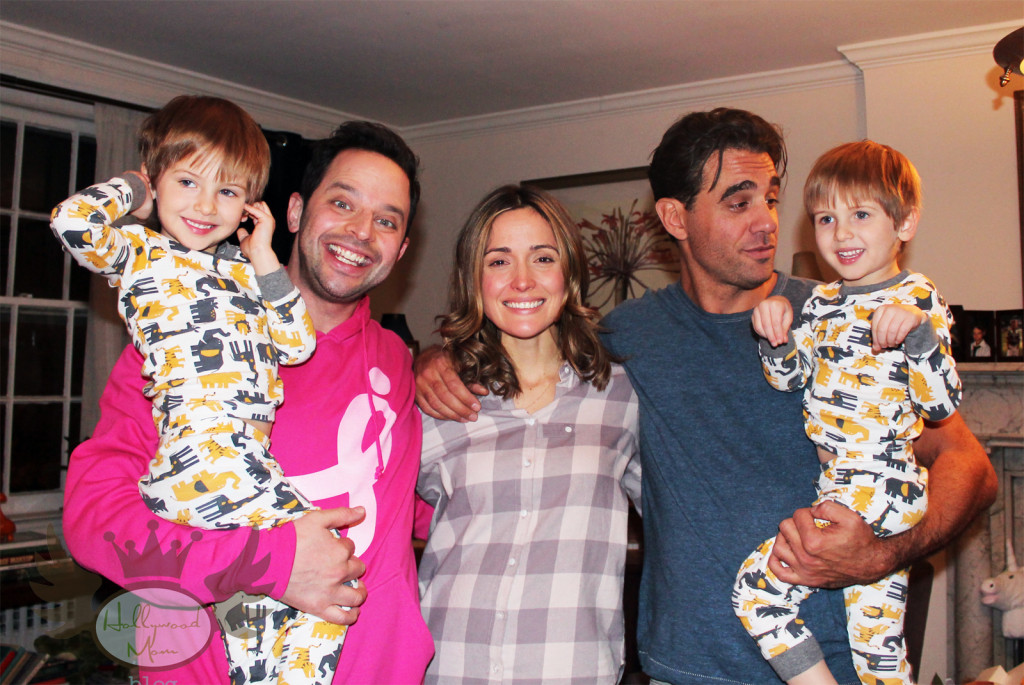 Caleb and Matthew finished their last day of filming their first lead role in high style.  While most of the movie Brother’s Keeper was actually filmed just north of the city in Westchester County, their last day of filming took place in Manhattan.  I was still having trouble wrapping my mind around the fact that our boys were in New York filming a movie, and there was no better way to be reminded than experiencing the entire production sprawled out on 5th Avenue with our sons in the middle of it all!  Matthew filmed a scene in the street at the corner of 5th Avenue and 37th Street among the hustle and bustle of the big city.  Watching from afar, I felt like more of an outsider than an insider- like the every day people passing by on their ordinary walks to work when they just happened to stumble on to the set of a movie.  Only when Matthew ran into my arms after the scene wrapped did I snap back into reality.  And my reality in that moment was that my sons were filming a movie on 5th Avenue and 37th Street in New York City!  It was a rollercoaster of emotions!

Luckily the boys’ last two scenes were filmed inside, as the corner of 5th Avenue and 37th Street at 9:00am in early February is C-O-L-D.  Inside, we filmed on the top floor of a building directly next to the Empire State Building.  It was a gorgeous loft and felt everything like you would expect filming in New York City to feel like.  When we discovered the roof top with the most breathtaking view of the Empire State Building, the boys and I would sneak up there between takes while the crew was resetting the cameras.  The boys were in their glory and we couldn’t have asked for a more magical last day of such an unbelievably incredible adventure.  For once it felt as glamorous as everyone likes to believe Hollywood is. 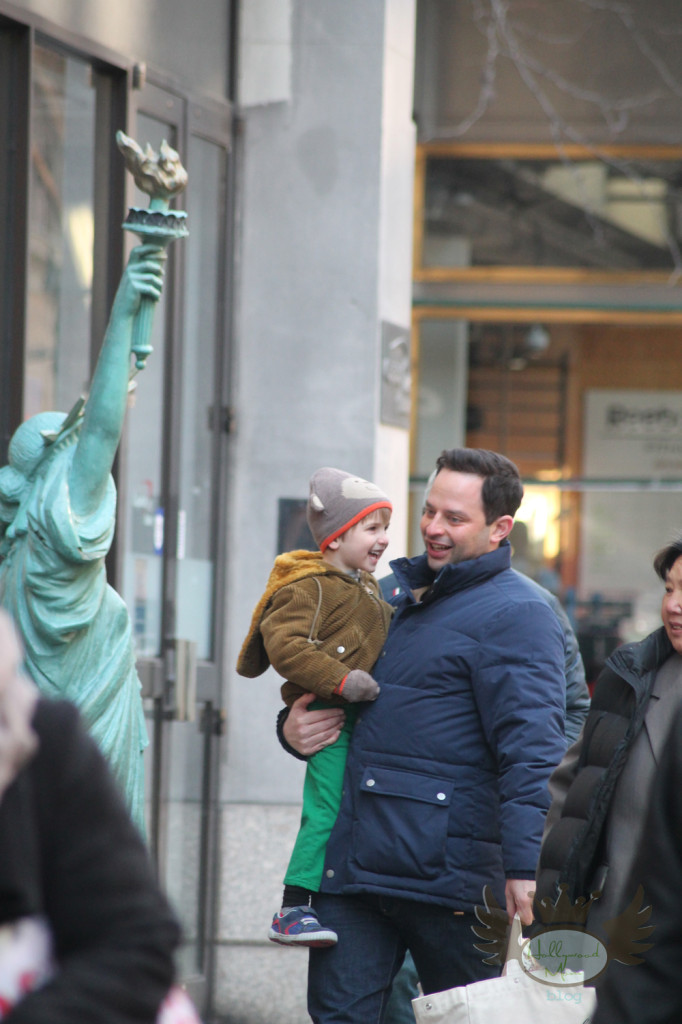 Unfortunately we had to boogey out of New York much more quickly than we had planned to in order to avoid yet another snow storm that threatened to trap us much the same way we were trapped in Michigan at the beginning of this whole adventure.  There is some truth to ripping off a Band-Aid… it felt easier to have to pack and run so quickly.  It was easier.  We didn’t have time to draw out the good-byes.  I didn’t have another night to spend looking out our 19th story window, trying to figure out how to leave it all behind.  It just happened.  We packed, we drove, and we were home.  At first it felt amazing.  Our whole family was together again.  Arriving home at 8:00 pm, my husband and I sat on the dog bed in the living room snuggling our pup while we let the boys stay up to play with the toys they had missed so much.  As sad as I was to have left New York behind, life felt perfect in that moment and I thought that maybe leaving so quickly helped me avoid the crash of emotions I had expected.

Two days later I did crash.  Sure- I missed our apartment, I missed the excitement, I missed our friends.  But my crash of emotions was different than I expected.  It has had more to do with uncertainty about our future than it has about missing the past.  Our sons are only four years old, which means that each audition, each booking, and each filming experience stands alone.  While they appear to love acting, we stop at each new opportunity to see if they truly want to continue because, let’s face it- preschoolers aren’t known for their predictability or commitment.  The boys often say they want to continue acting but they also want to be dinosaurs, so it’s hard to know.  This was by far their biggest project and my husband and I were going to use it as a litmus test to see how much the boys really do love acting and all of the wild adventures it entails.  To be honest, we fully expected this experience to tell us that we were asking too much of them.  That eighteen days of filming would bee too difficult, too redundant, just plain too much.  We expected this to be their last hoorah and that we’d walk away from this whole acting thing just being thankful for the incredible and unexpected experiences it gave us as a family.  We didn’t expect for our boys to love every minute of it.  We didn’t expect them to be so good at it.  We didn’t expect they’d finish a five day week of filming and ask if they got to go back to set tomorrow.  We didn’t expect to be faced with the life-changing decision of how much do we invest in this opportunity that has so clearly presented itself.

But here we are, face to face with a decision that feels impossible to make.  My husband and I have dappled with the idea of getting the boys out to Los Angeles for about a year now.  We have family there and after living in Michigan my whole life, I’m just ready for a little change of pace.  Plus, our boys have been gifted some amazing opportunities in this industry so we have toyed around with letting them play out.  But it’s a huge move.  We have no dreams of our boys becoming rich and famous.  In fact, we’d prefer they do not become either.  For us, such a move would be about experience and opportunity.  It would be about continuing to teach our sons not to be afraid to go new places, see new things, meet new people.  It would be about teaching them to live life to the fullest, to see what life has to offer, to jump and find their wings.  So far we’ve held back.  We haven’t been able to justify giving up the stability of our life here at home.  Except now here we stand- on the brink.  Though our boys are only four years old and unable to give any real input, coming home from New York has forced us to face the decision many parents of child actors struggle with. Do we dive in head first and move our entire life out to Los Angeles to let the boys ride this wave?  Do we take the one solid piece of evidence we have- the joy in the boys hearts that we saw for the entire duration of our New York trip- and use that to say it’s time to give it a shot?  Do we really teach our sons to view life as a wild adventure by living that out ourselves?  This is where my emotional crash hit me.  Since we’ve been home this past week, I’m starting to feel this wild uncertainty and excitement all at once.  We didn’t expect our New York adventure to turn out like it did and now we’re not sure what to make of it or where to go from here.

So as they say, when one door closes another one opens.  This will be my last “From the Momager Trenches” post about living in New York while our sons film their first lead role in a movie.  But surely another door has opened, and maybe I’ll be back should we choose to walk through it!  Thank you again for following!  Remember that anything is possible if your child has a smile in his heart! 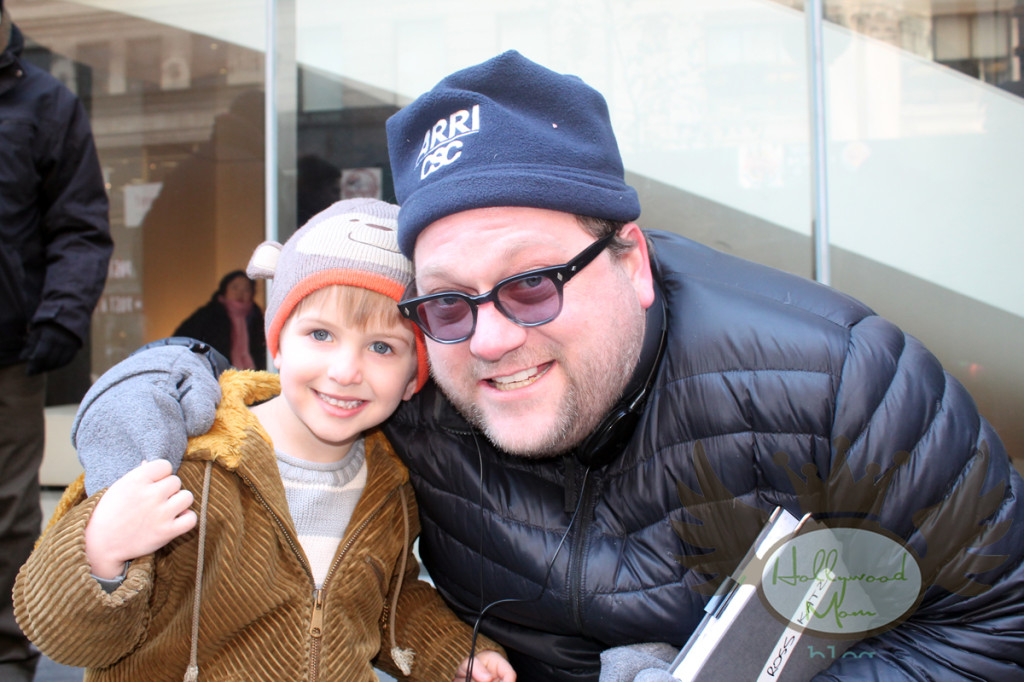