This is Hollywood Mom Blog‘s interview with Noelle Stubenrauch from November of 2013.

For those of you that ask: “Can my child be an actor outside of L.A. or NYC ?”

This inspirational story is for YOU. Enjoy! 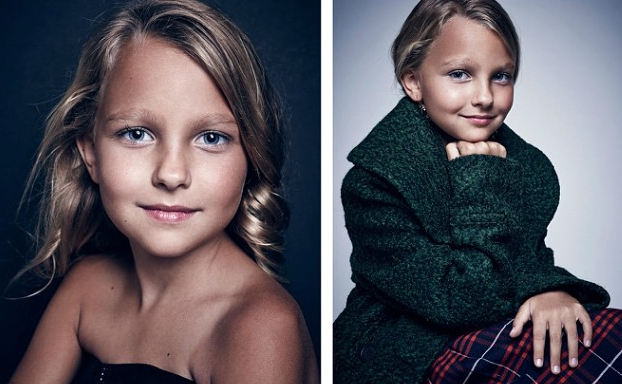 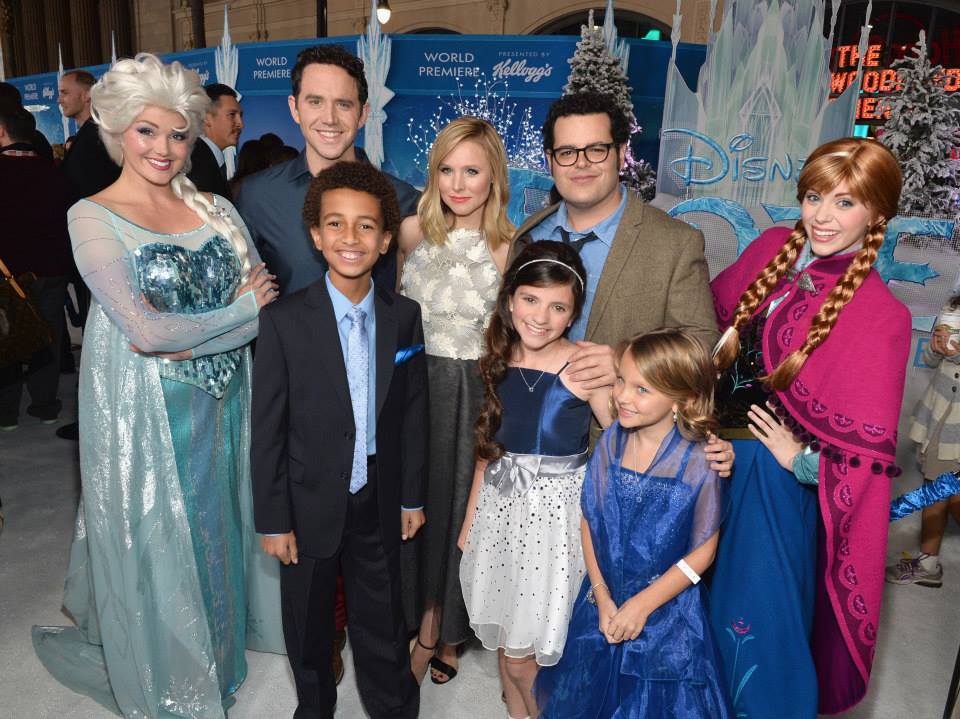 For those of you that ask, “Can my child be an actor outside of L.A. or NYC ?”  FROZEN Child Star LIVVY STUBENRAUCH is a real inspiration. The youngest of three children in a family from Cincinnati, Ohio, Livvy holds the honor of voicing Disney’s Young Princess Anna in the new animated feature FROZEN, releasing nationwide Thursday. The older version of Anna is played by the lovely Kristen Bell.  HMB spoke to Livvy’s Hollywood Mom Noelle Stubenrauch about how her pretty, midwestern daughter became a Disney Princess and the Stubenrauch family’s journey into the unique world of Hollywood.

How did FROZEN Child Star LIVVY STUBENRAUCH get her start with professional acting? 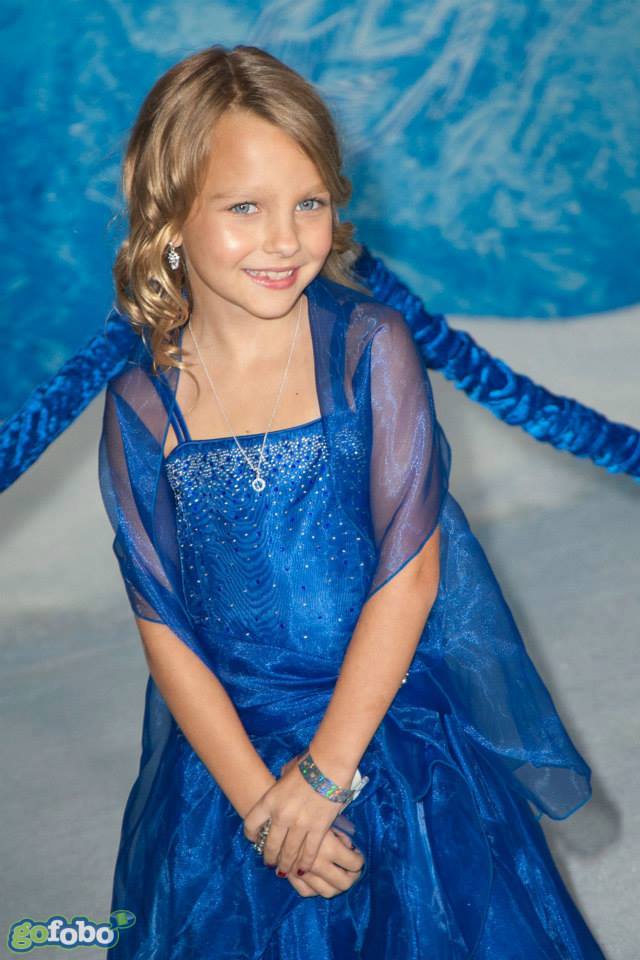 “Livvy started by signing with a local agent here, in Cincinnati, OH.  Everyone thinks their kid is cute and she had always been cute, but she also had an unusually warm and outgoing personality.  The local agency is Wings Model Management, Jake Lang owns it and is our agent.”

What were her first professional bookings?

“[The agent] initially sent Livvy on some local print work which she did well with but it’s a very limited market here. After a bit we went to [Model and talent] Expo in Dallas with Wings.  It was a good experience, but we really didn’t get any solid leads and were still uncertain about traveling cross country to pursue it further.”

“Then Jake held several acting workshops [for which] he brought in agents and managers from L.A. We went to all the workshops and [the agents] all seemed very interested. At the same time, Livvy got the part of Molly in our local High School play and that is where we really saw her shine. So we signed with Matt Fletcher as our agent at Talentworks , Dan Siyoum as our manager at Elevations [then] decided to roll the dice and send Livvy out to L.A. for pilot season in January of this year.”

“My mother [Sharon Griffin] went out [to Los Angeles] with Livvy and they [sublet] a room of an apartment we found online. They stayed for about 4 months and she went on about 40 auditions. Livvy landed roles in a web series, several student films, and a viral video but nothing significant.”

When did the opportunity to audition for FROZEN come about?

“She auditioned for the Voice Over role in FROZEN in early April and got the call back at the end of April. She was actually scheduled to come back the last day of April and we found out right before that that she got the part. My mom recalls that it was about 7-10 days each between the audition and call back and call back and getting the part. The agent submitted her for the part and her manager met them there to help with process.

How did Livvy react to the news that she booked the role?

“Livvy and my mom learned that she got the part from a call from her manager, while they were actually on another Voice Over audition with her  V.O. agent, Portia. She was very excited because it was Disney and she was a ‘Princess’ but she is only 8 so I don’t think she grasped the full meaning. My mom of course was thrilled!  My husband and I were back home in Cincinnati and the manager called my husband John and my husband called me. We also were thrilled and it gave me some peace of mind and confirmation that I was doing the right thing. It’s hard to convince yourself that sending your (at the time 7 year old) daughter across the country for three months is a wise decision. She was gone for Easter and her birthday so those holidays were tough.” 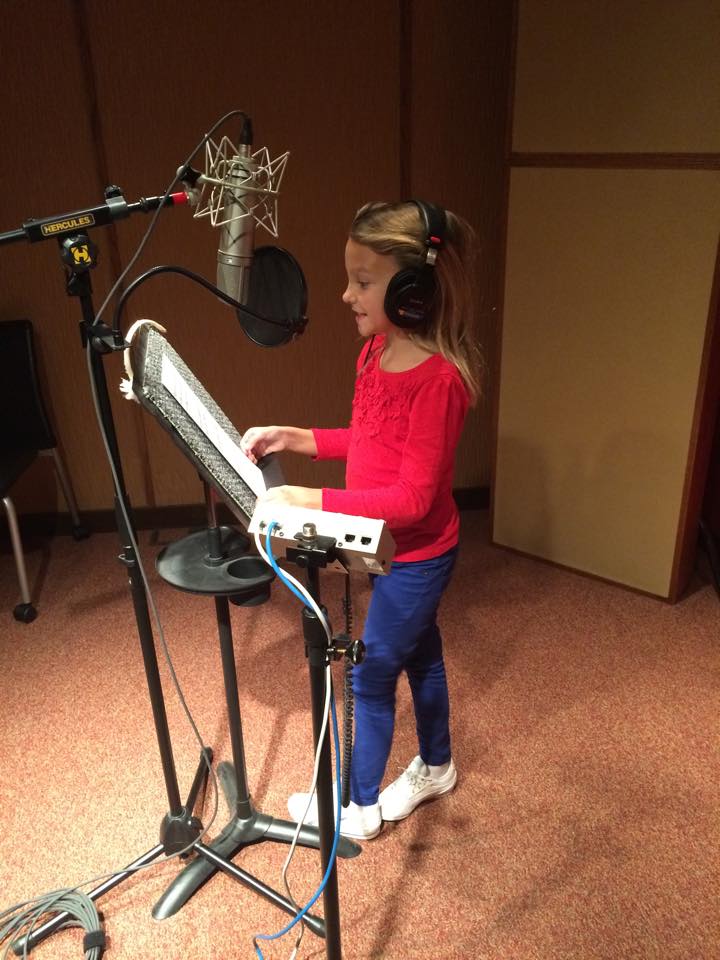 What was the voice over process like for Livvy? How long did it take and was she required to work alone?

“The recording didn’t take long at all, about 45 minutes. [Livvy] had about ten lines and then a bunch of noises (sighs, giggles, grunts, etc).  She recorded by herself at Disney Animation Studios. The directors Chris Buck and Jennifer Lee were there in the room with her, directing her.  My mom said it was very intense, [with Livvy] just saying lines over and over again different ways but that they were extremely nice and offered her breaks and drinks.  There was a teacher on set also.  My mom had to go in to help with the “giggle” part, she had to tickle Livvy so they could get a real laugh out of her.  Livvy said it was not hard at all, probably easier because you get to keep your lines in front of you. They actually did an ADR session here [in Ohio] in September.  This is where they make sure all the animation matches up with the voice and they add all the extra noises. That took about 45 minutes as well.

What was Livvy’s favorite FROZEN experience?

“Her favorite part is hearing her voice in the movie and all the dolls based on her character Princess Anna.”

How did you prepare for the red carpet premiere? Was this her first red carpet event?

“This red carpet was a first for all of us and a wonderful experience!  We had no idea what to expect and everyone was so nice and friendly!  We talked with our manager and discussed wardrobe, I actually found her dress online and ordered it off Amazon. Our manager set us up with someone he knew for hair and makeup. We just went, let the manager walk with her down the carpet and sort of stood in the background. They do pictures first and then have a line of reporters asking questions. After that we watched the movie in the theater. Kristin Bell, Robert Lopez and Chris Buck sat directly behind us, Dax Shepard was in the row in front of us, and Jennifer Lee was in our row – pretty surreal!  Afterwards we walked across the street to the after party which had food, drinks, crafts for the kids, and (Livvy’s favorite) a sundae bar!  Her manager is who got in touch with Disney and obtained our tickets to the premiere.” 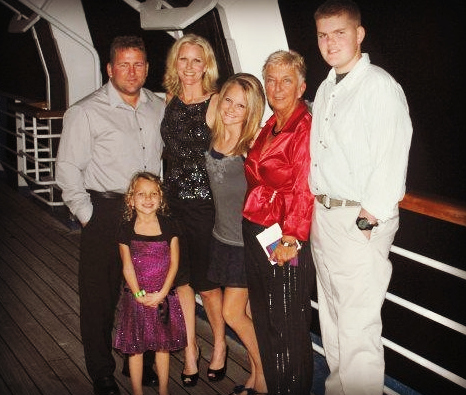 Does Livvy have siblings? Do they act as well?

“We have two other children, neither of who are the least bit interested in acting. My oldest son Tanner is 17 and has some special needs (apraxia, central aud processing disorder) so he has some speech issues and requires extra help with school but is a great young man with a large heart. My other daughter Hannah is 15 and cheerleading is her life!  She cheers for her High School and on a competitive squad that travels all over.  I have a niece who is 16 who’s an aspiring actress/model/singer.  She went to Expo with us and is considering spending some time in Los Angeles when Livvy goes out again.”

What tips or pieces of advice would you give parents whose kids want to become professional actors?

Walt Disney Animation Studios presents “Frozen,” a stunning big-screen comedy adventure. Fearless optimist Anna (voice of Kristen Bell) sets off on an epic journey—teaming up with rugged mountain man Kristoff (voice of Jonathan Groff) and his loyal reindeer Sven—to find her sister Elsa (voice of Idina Menzel), whose icy powers have trapped the kingdom of Arendelle in eternal winter. Encountering Everest-like conditions, mystical trolls and a hilarious snowman named Olaf (voice of Josh Gad), Anna and Kristoff battle the elements in a race to save the kingdom. The film is directed by Chris Buck (“Tarzan,” “Surf’s Up”) and Jennifer Lee (screenwriter, “Wreck-It Ralph”), who also wrote the screenplay. It is produced by Peter Del Vecho (“Winnie the Pooh,” “The Princess and the Frog”). Featuring original songs from Kristen Anderson-Lopez (“In Transit,” “Winnie the Pooh”) and Tony® winner Robert Lopez (“The Book of Mormon,” “Avenue Q”), and an original score by Christophe Beck (“The Muppets,” Oscar®-winning short “Paperman”), “Frozen” hits theaters in 3D on Nov. 27, 2013. For more information, check out Disney.com/Frozen 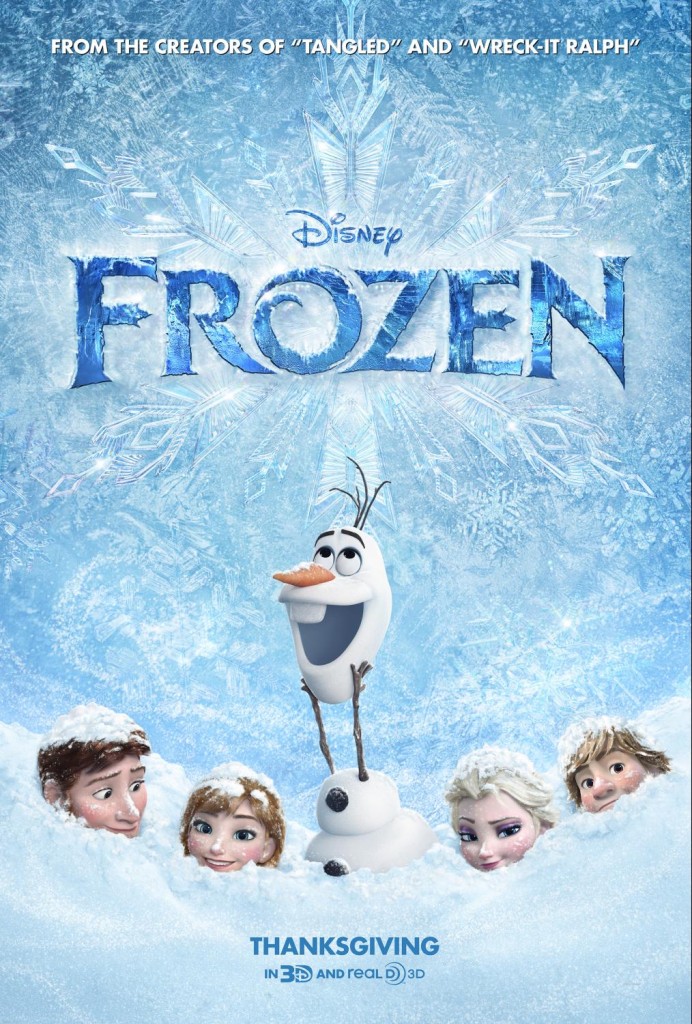 WATCH this great interview with Livvy on the making of a child star – Very helpful!

FROZEN opens in theatres everywhere on Thanksgiving day, November 27th! In the meantime enjoy these coloring pages and games courtesy of Disney!