Is it time for Jessica Simpson to Let Popager Joe Go?

You are here:Home-Parents of Child Actors, Popagers in the News, THE BUZZ-Is it time for Jessica Simpson to Let Popager Joe Go?
Previous Next

Is it time for Jessica Simpson to Let Popager Joe Go? 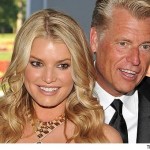 We felt this storm of  “popager backlash” brewing  months ago and now Popeaters’ Naughty but Nice is reporting that following Jessica Simpson‘s manager and dad, Joe Simpson, alledgedly kicking a group of singing U.S. combat veterans off his daughter’s PBS holiday special, Jessica has been under pressure from the masses to fire Joe and hire a “real” manager.

According to an Popeater’s unnamed insider: “Jess is really talented, it’s clear that what’s holding her career back is her father.  Joe is impossible to work with and makes terrible decisions that poor Jessica has to put up with. Now, both music and movie people are telling her she needs to let him go.”  HMB recently covered the not always successful trend of young performers keeping their parents on payroll even after they are no longer minors.

Joe allegedly didn’t approve of the troops’ wardrobe of commando pants and blazers, the same outfits they wore when they sang for General David Petraeus on the USS Intrepid.

Past incidents which have shown the popager in an unfavorable light include when Papa Joe scheduled and then canceled a meeting between Jessica and then President George W. Bush after deciding it wasn’t prudent for Jessica to attend a Republican fundraiser the night before she met with politicians of both parties to lobby on behalf of the saintly charitable organization Operation Smile. Another incident involved over his allegedly “over-negotiating” Jessica to point of her no longer being in the running as a new American Idol judge.

A friend reports to Popeater’s NBN that Jessica Simpson “just can’t find it in her heart to let him go. [She] knows how much Joe loves being a manager. His entire identity is about being her manager, plus he has made a lot of money from her at the same time.”

What do you think will happen? Is it time for Joe Simpson to resign from being Jessica’s Manager?

By Editor Tracy Bobbitt|2017-02-22T21:55:29-08:00October 23rd, 2010|Categories: Parents of Child Actors, Popagers in the News, THE BUZZ|Tags: dad and manager, Jessica Simpson, Joe Simpson, Operation Smile, Popager|Comments Off on Is it time for Jessica Simpson to Let Popager Joe Go?