Hollywood is the only place I know where you, your kids, your pets and your property can all aspire to some small shot at fame.  This adorable Super Bowl half-time commercial featuring *a pint-sized Darth Vader was shot in and outside of my in-law’s lovely Tarzana, California ranch home.  Kind of ironic that when it debuts on the air for the first time during Super Bowl XLV we’ll be in that very same house for the Bobbitt’s annual Super Bowl bash. Life is often funny that way in La La Land. 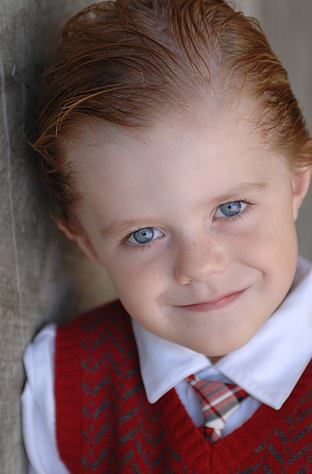 * Darth Vader is played to perfection by 6-year-old Max Page, of San Clemente, CA, who is over the moon with the positive reviews of his new Volkswagen commercial entitled “The Force.”  In the spot, Page repeatedly tries (and fails) to harness the power of the Force to manipulate objects around him while dressed in his best “Star Wars” attire.  KTLA reports that when he was 4 years old, Page was diagnosed with a congenital heart defect and currently has a pacemaker. More than seven million people have viewed this ‘Darth Vader’ commercial from Volkswagen online.  Page plays Reed Hellstrom on “The Young and the Restless,” and is represented commercially ad theatrically by the Buchwald Talent Group.

One last piece of trivia that will bring us full circle – this home was once owned by former child actor C. Thomas Howell (The Outsiders).