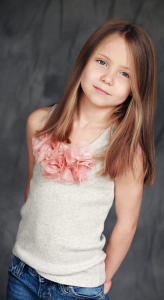 Imagine this scenario: Your child auditions for her first feature film, gets the part and (shazam!) her film parents are being played by power house talents Ryan Gosling and Michele Williams. This is exactly the case for darling, six-year-old Faith Wladyka who will make her film debut as Frankie, in the gritty, dramatic love story, Blue Valentine. Faith’s acting experience prior to this huge career score included commercial work, background work on Mystery Diagnosis and an episode of soap opera One Life to Live.

The Blue Valentine web site says Faith is known for her “free spirit and bubbly personality,” and that she enjoys dancing, soccer and playing with her dog. She has one brother and one sister. 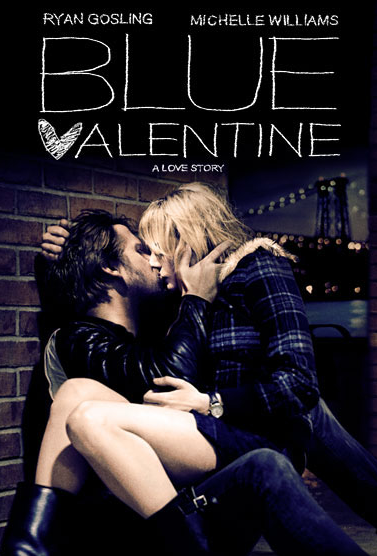 *Thank you also to Faith’s mom Dawn Wladyka who cleared up some misinformation previously contained in this post.

According to Backstage.com: There have been many movies made about couples falling in love and many made about couples falling out of love. Few films have dared to brave showing both. But that’s precisely what Derek Cianfrance‘s “Blue Valentine” does, offering a raw, real portrayal of a young couple as they take the first tentative steps toward love—and then showing them six years later, when everything has fallen apart. It’s a devastating, emotional journey.

Ryan Gosling and Michelle Williams, as Dean and Cindy, go from passionate and young to jaded and aged in the blink of an eye—literally, thanks to the juxtaposition of scenes from the past and present. The pair transform themselves physically, adding weight and, in Gosling’s case, losing hair. But the actors also change internally, beautifully capturing the resentful silences [and]the meaningful glares.

Read the rest at BackStage.com 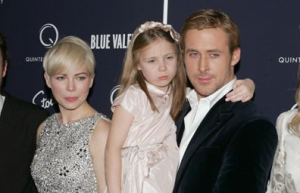