As reported a couple of weeks ago, HMB covered and attended the premiere of  “The Nutcracker in 3D.” Until last week, my strongest memories of the evening were of my wonderful HMB entourage who assisted in every way possible to make the coverage a success, Elle Fanning’s graciousness and incredible poise on the red carpet and the watchful eye of Fanning’s agent Cindy Osbrink, (rep of both Fanning sisters, Atticus Shaffer and Colin Ford among others) whose demeanor with her client was so protective and motherly that I actually mistook her for Elle’s mother Joy.  Only when I reviewed my photos later in the evening did I realize I was talking to none other than the iconic Osbrink herself. Oops.

Now those three memories are in strong competition with this singular one:  I was quoted for the advertising campaign which has appeared in the Los Angeles Times daily since last Wednesday.  I’ll admit it has me on a Siskel and Ebert or Ebert and Roper kind of high (Two thumbs up!), an experience and honor I never desired but now that it’s arrived, is pretty cool.  That’s it – just wanted to share another amazing adventure on this ride of being the Hollywood Mom and to thank all of you for joining me. 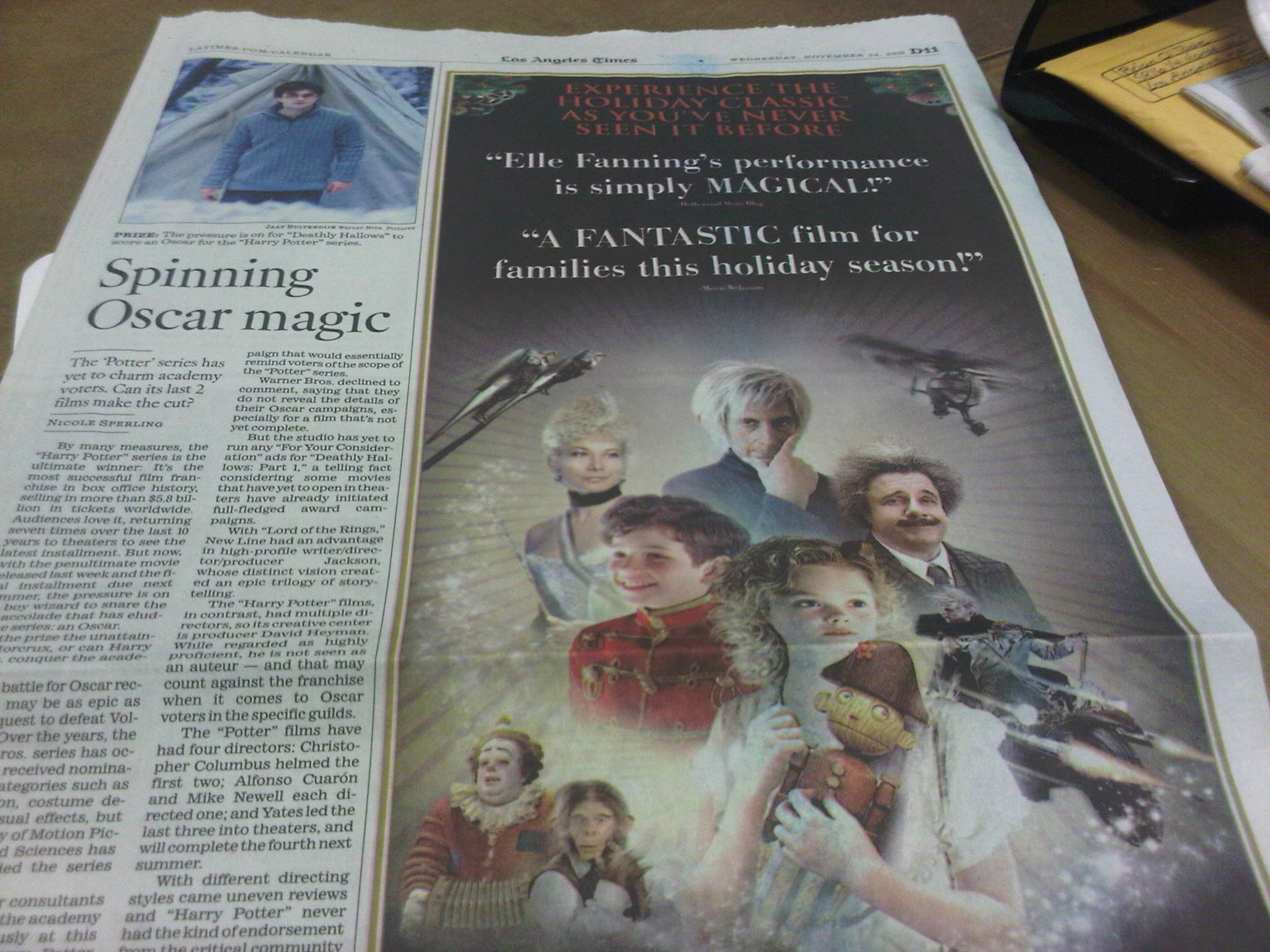