Actor Elijah Wood on his Child Star Past, Credits Strict Mom With Keeping Him Balanced

You are here:Home-CHILD ACTORS, Former Child Stars, Then & Now-Actor Elijah Wood on his Child Star Past, Credits Strict Mom With Keeping Him Balanced
Previous Next

Actor Elijah Wood on his Child Star Past, Credits Strict Mom With Keeping Him Balanced 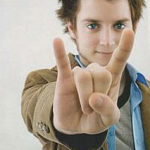 The following is an excerpt of an interview actor Elijah Wood (Lord of the Rings, Happy Feet, Sin City, The Ice Storm) did with MovieFone last year:

Having been a child star, do you ever go back and watch some of your earlier movies and go, “Wow, I can’t believe that was me”?
Sometimes. Yeah, I watched ‘Avalon’ not long ago. I watched it last year, and I hadn’t seen it in years. And I was 8 years old when I made that. There’s a sense of detachment now, which is interesting, so I can kind of watch it like I’m not watching myself because I’m so much older. That was 20 years ago. But it’s kind of great. It’s interesting now to look back because it’s like looking at a different person, in a way.

A lot of actors who get as famous as you did at such a young age basically just implode or fade away once they hit puberty — how have you managed to stay so levelheaded and keep your career on track?
I credit my mother [laughs]. Growing up doing what I do, she was always making it so important for me to maintain a sense of normalcy. Life outside of the work I was doing as an actor was very normal. I had strict rules that I had to abide by. I was always kept grounded. I was never allowed to believe that what I was doing was making me any more important than anybody else. It was ingrained at me at a young age. 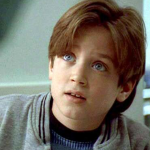 What do you remember about your big-screen debut in ‘Back to the Future: Part II’?
Oh, actually the memories are pretty vivid. I was a huge fan of ‘Back to the Future,’ as so many people were. So, for me, getting to go on that set was such a head trip [laughs]. Because I was so familiar with that big huge square that you see in the future, but I was familiar with it from the context of it being in the past or the present. Walking onto that set, I knew that world, but I was seeing it in the future. Plus, I was so obsessed with anything futuristic, and I’d never really been on a movie set like that before. So I was totally blown away. I got to meet Michael J. Fox and [Robert] Zemeckis, and all of that just blew my mind. It was like the fantasy coming to life in front of my eyes. It was almost too much to handle. It was pretty awesome.

By Editor Tracy Bobbitt|2010-12-27T21:44:10-08:00December 27th, 2010|Categories: CHILD ACTORS, Former Child Stars, Then & Now|Tags: avalon, Back to the Future 3, Child Actor, Child Star, elijah wood, Happy Feet, how to become a child star, Lord of the Rings, Sin City, The Ice Storm, the lord of the rings|Comments Off on Actor Elijah Wood on his Child Star Past, Credits Strict Mom With Keeping Him Balanced