You are here:Home-Momagers in the News, Parents of Child Actors, THE BUZZ-Are Hollywood Moms, Momagers & Child Stars Tinseltown’s Hot Commodity or Hot Mess?
Previous Next 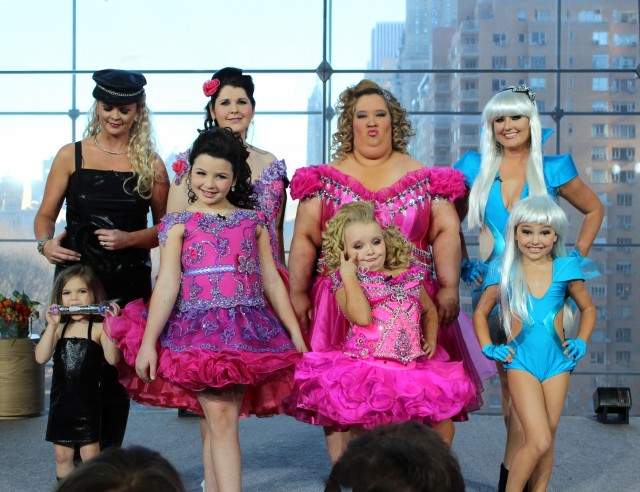 Anderson Cooper hosts veteran pageant girls as well as Toddlers & Tiaras’ star, Alana, (Honey Boo Boo Child) Thompson (third from left) and all their mothers to discuss the controversial methods these moms use to motivate their children.

You’ve seen the recent onslaught of casting calls: “Non-Union Documentary Needs L.A. Moms,” “Villainous Stage Moms Wanted!” “My Talented Kid,” “Casting Opinionated Mothers of Child Actors,” “Do You Think Your Child is a Superstar?” and even one for the ultimately delusional parents, “YES, I Think My Child is a Super Star!”  But instead of hitting the SEND button on our email replies to this latest casting trend, seasoned Hollywood Moms are snickering in unison in our private chat groups, message boards, face book posts, tweets and asking each other in acting classes and audition waiting rooms, “What in the world are these people thinking?”

It would appear that “THEY” are thinking in terms of cold, hard cash and we have the success of TLC’s Toddlers & Tiaras and the new Lifetime series Dance Moms (now at 2.5 million viewers) to thank for this latest casting phenomenon. I’ll be the first to admit my daughter and I have watched T&T with our mouths agape and our nervous laughter filling every corner of the room. Cliche’ yes, but it really is like watching a train wreck – you see it coming and yet absolutely can’t look away, all while knowing the results will be identical, week after week. Some go so far as to call these shows tantamount to child abuse.

From the looks of the multitude on “Mom-related” casting calls, my household isn’t the only one watching. T&T star Alana “Honey BooBoo Child” Thompson and her mother June Shannon have become a staple not just on Toddlers but on talk and news television in general thanks to their backwoods caffeine-concoction that BooBoo dubbed GoGo Juice (Seems lil’ Alana likes saying words twice ya’ll).  From Dr. Drew to Dr. Phil to Anderson Cooper to CNN’s Showbiz Tonight – every realm of media is cashing in on this cow.

Even T&T alumni Eden Wood (who retired from pageants at the age of 6 – what took her so long?) has landed her own reality television show “Eden’s World,” on LOGO TV, which will document her NYC quest to become “a star,” with mom, manager and publicist in tow. Fair warning – Eden’s mother Mickie actually utters the fateful phrase, “My baby is going to be the next Super Star!” in the promo clip.  I couldn’t make this stuff up if I tried.

When Anderson Cooper hosted several of the more notorious pageant moms on his talk show recently, the episode description read: “For the first time ever, the moms from the hit TLC show, “Toddlers & Tiaras,” are getting a pageant-style makeover. Complete with costumes and makeup, these moms will now experience firsthand what their daughters endure every time they are forced to compete. Will these mothers feel differently after walking in their daughters’ shoes?” 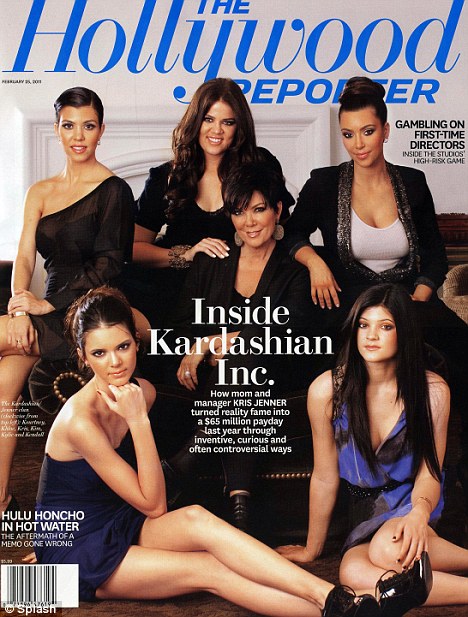 Oh Anderson, why? Why give one more second of attention to this growing trend of exalting the worst of the breed?  And speaking of negative attention, don’t even get me started on the documentary that aired on Showtime last night, “The Hollywood Complex,” inspired by the antics of residents in the short-term, fully-furnished apartments adjacent to Warner Brothers and Universal Studios, and I’m equally appalled by the footage I watched on HLN in which Alana “Boo Boo Child” Thompson is clearly under the weather but forced to sit on HLN’s set while her mom June defends having her young daughter perform in a bar to the show’s host.

We should have seen it coming years ago when Hollywood Mom Kris Kardashian made it look so glamourous, phoning in momager demands from her multi-million dollar home in gated Hidden Hills, while simultaneously running two retail stores and raising umpteen soon-to-be-reality-famous-kids.  This is not the norm people, nor is the common myth that all aspiring child actors and their parents hail from double-wide trailers located somewhere off I-287, in Dallas, until they ripen like fruit and are shipped via a magical pipeline to the folks at Disney. It’s all urban legend, folklore and rumor. Don’t buy into it.

So what are the real Hollywood Moms all about? Since television doesn’t have it right, I’ll tell you myself: Hollywood Moms love their kids and helps them pursue their dreams of performing (acting, signing, dancing) whether it be on stage, on camera, or in the backyard. A Hollywood Mom is equally inclined to assist her children with a number of non-acting pursuits like swimming, soccer, golf, chess, tennis, horse-back riding, debate team, stamp-collecting – you name it – but you’re not likely to hear about that on the nightly news.

Over the course of our journey in this community, we’ve encountered many intelligent parents who work just as diligently for their children’s education, socialization and extracurricular activities as they do for their acting careers. They run the gamut of types, ages, nationalities, ethnicities and social classes.  Professions of Hollywood Moms vary greatly as well; consultants, restauranteurs, photographers, music execs, marketing and PR professionals, police officers, bartenders, child advocates, fitness gurus, comedians, writers, lawyers, medical professionals, ex-military and more.

The majority of these moms (and dads) are protective, strict, involved, caring and devoted to a fault. Are they competitive? We probably have our fair share of Type-A’s in the Hollywood Mom crowd. Nutty? Sure, it happens. Poor Judgement?  A handful. Star-obsessed? I’ve heard the rumors but, just like the elusive Big Foot, I haven’t met one yet.

Over the past year I’ve been approached by numerous production companies to take Hollywood Mom Blog on the reality journey, and this onslaught of crazy casting calls and the sensationalism of the entertainment industry’s “fringe” element actual motivates me more than ever to do so, to get the truth out about the many balanced, professional, successful kids and families in this industry.  But until that time, it would appear that the “Hot Mess” is currently Reality Hollywood’s “Hot Commodity,” and will be the public’s perception of  Hollywood Moms for years to come.