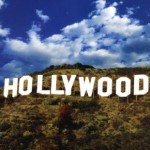 For a full list of television pilots currently casting for pilot season, with casting directors names, go to http://www.castingabout.com/2011pilots.html Thanks to Joyce Kelly-Brown for the heads up!

Here is a detailed list of networked ordered shows, with plot descriptions, as noted by Entertainment Weekly:

The Doctor(Rina Mimoun, David Nutter). A mother reconnects with her adult children when she joins the family medical practice (drama).

Ringer (Peter Traugott, Richard Shepard Eric Charmelo, Nicole Snyder). On the run from the mob, a troubled young woman hides out by inhabiting the life of her wealthy twin sister, until she learns that her twin’s life has a bounty on it as well. Stars Sarah Michelle Gellar and Nestor Carbonell (drama).

Untitled Redlich and Belluci (Ed Redlich, Sarah Timberman, Carl Beverly, John Bellucci). A female NYPD detective possesses the special ability to remember everything – although a gift in her job, it’s also a curse in her personal life (drama).

Untitled Susannah Grant project (Susannah Grant, Jonathan Demme, Sarah Timberman, Carl Beverly). Ultra-Competitive surgeon’s life is changed forever when his ex-wife dies and begins teaching him what life is all about from the here-after (drama).

How to be a Gentleman (David Hornsby, Ted Schachter). Based on the book of the same name. It’s a male buddy comedy that follows an unlikely friendship between a traditional, uptight columnist and his rough-around-the-edges friend and trainer (comedy).

The Assistants(Tucker Cawley, Eric & Kim Tannenbaum). About a young ensemble about four assistant who work for a celebrity couple (comedy).

Home Grown (Jackie & Jeff Filgo, Andy Ackerman).  A blue-collar man wrestles with how to parent his unmarried grown daughter and her 12-year-old son while sharing a house with them, his wife and his recently widowed mother.

Halleluah (Marc Cherry). When the Tennessee town of Hallelujah finds itself being torn apart by forces of good and evil, a stranger arrives to bring justice, peace and quite possibly restore the faith in the world that the residents so desperately need.  The episodes will be punctuated by songs sung by the gospel choir, which serves as a sort of Greek chorus (drama, pilot)

Once Upon a Time (Edward Kitsis and Adam Horowitz). A young boy who is drawn into a town where the magic and mystery of fairy tales may be real real (drama, pilot)

Revenge(Mike Kelley). Emily Thorne has a secret. She’s new to the Hamptons and rented a beautiful house on the water for the summer and she’s welcomed into the spectacular community by her neighbors. Little do the townsfolk know, however, that every kind gesture is an invitation to their own downfall in this primetime soap (drama, pilot)

The River (Oren Peli, Jason Blum). Follows the search for a famed adventurer/TV personality who, along with his crew, goes missing deep in the Amazon (drama, pilot).

Identity (John Glenn). A procedural that centers on an elite police unit formed to combat the explosion of identity-related crime (drama, pilot).

Good Christian Bitches! (Robert Harling, Darren Star). Primetime soap is set in Dallas and asks the question – Is it possible to start over in a town that thinks they already know you? Amanda, once the ultimate “mean girl” in high school, returns home to Dallas after her marriage ends in scandal. Humbled, Amanda is nothing like the girl she once was. But as her old classmates reacquaint themselves with the new Amanda, will these “Good Christian Bitches” give her a second chance or is this their shot to seek revenge? (drama, pilot)

Untitled Shonda Rhimes project (Rhimes, Betsy Beers). Revolves around the life and work of a professional fixer and her dysfunctional staff. The character is based on the career of Judy Smith, a crisis management consultant who has guided corporations, politicians, and public figures over the last 20 years (drama, pilot).

Pan Am (Jack Orman, Nancy Ganis, Sid Ganis, Tommy Schlamme). A sexy soap set against the jet age, focusing on the stewardesses and pilots and their glamorous world full of adventures (drama, pilot).

Partners (Ed Bernero). Centers on two female police detectives who are fiercely loyal to one another since they’re also secretly sisters (drama, pilot).

Other People’s Kids (Stacy Traub, Peter Traugott, Hunter Covington). A 32-year-old guy with no responsibilities finds himself with an insta-family when he falls in love with an older woman who has two kids, an ex-husband, and ex-in-laws (comedy, pilot).

The Last Days of Man (Jack Burditt). Even though the world around him has declared the traditional male an ‘endangered species,’ Tim Fitzgerald is fighting for his manhood in a world that is being increasingly dominated by women (comedy, pilot).

Lost and Found (Marisa Coughlan). A narcissistic New York City bartender and party girl has her life turned upside down when the conservative 18-year-old son she gave up for adoption shows up on her doorstep (comedy, pilot).

Work it(Andrew Reich, Ted Cohen). Two out-of-work salesmen realize that it is now a woman’s world and decide that in order to find work and succeed, they are going to have to dress as women to get jobs as pharmaceutical reps (comedy, pilot).

Man Up (Chris Moynihan, Ron West, Kelly Kulchak). A look at what it takes to survive as a modern man, as told through the eyes of three best friends and the women in their lives (comedy, pilot).

Don’t Trust the Bitch in Apartment 23 (Nahnatchka Khan, David Hemingson). The story is about a naive young woman who comes to New York City and ends up with a trouble-making party-girl roommate (comedy, pilot).

Suburgatory (Emily Kapnek). In this satirical look at life in the suburbs, a quintessentially New York City girl moves to a cookie-cutter community only to discover that life in the ‘burbs is more frightening than any horror movie that she’s ever seen.  Tonally, this is a heightened view of suburbia with a cinematic quality that evokes the scope and horror of perfection (comedy,pilot).

My Frickin’ Family (Erica Rivinoja, Peter Traugott). Two young parents’ lives change after they have a baby and the four grandparents butt in (comedy, pilot).

Romeo & Juliet (Andrea Berloff). A look at the love story of Romeo and Juliet, as well as the events occurring during the Renaissance (drama, script).

Being Erica (Maggie Friedman). An adaptation of the Canadian series with the same name (drama, script).

Alan Menken/Marco Pennette/David Zippel project. Young musicians live with one another while trying to start their careers (musical comedy, script).

The Finder (aka Bones spinoff):  Based on The Locator books by Richard Greener, about  a former military policeman who can find anything. Geoff Stults stars (drama, pilot)

Locke & Key (Alex Kurtzman, Robert Orci, Joe Hill): Based on Hill’s graphic novel, a supernatural drama about the adventures of the Locke family in home with portals to other places (drama, pilot)

Exit Strategy (Antoine Fuqua): Stars Ethan Hawke as the leader of a team of experts who help the CIA with extractions (drama, pilot).

Weekends at Bellevue (Lisa Zwerling, Gail Berman, Lloyd Braun, Gene Stein). Drama based on the book by Julie Holland, MD; drama that centers on a psychiatrist in charge of the weekend shift of Bellevue Hospital psychiatric unit (drama, pilot)

I Hate My Teenager Daughter (Sherry Bilsing-Graham, Ellen Kreamer). Two women who were tormented by mean girls when they were younger, and are now appalled to realize their daughters are turning into the same type of girls they never liked (comedy, pilot)

Iceland (Andrew Bobrow). Centers around a group of friends who are reunited and nurture each other after the death of one of their own (comedy, pilot).

Family Album. Told in the vein of 24, A family takes an extended vacation (comedy, pilot).

The Council of Dads. Based on the memoir about a man with cancer who lures a group of friends to supervise his daughters if he dies (comedy, pilot).

Full Nelson (Jeffrey Lieber). Focuses on a woman’s rise in the music industry in the 1980s (drama, script).

Playboy (Chad Hodge). Set in the 1960s, the drama takes a look at the lives of Playboy bunnies (drama, pilot).

Special Investiations L.A. (Stephen Gaghan, Peter Chernin, Katherine Pope). In the style ofTraffic, the drama is set in the world of crime, law enforcement, and politics in modern-day L.A.(drama, pilot).

REM (Kyle Killen). A procedural hybrid which follows the simultaneous and parallel lives of a detective who can not let go of any aspect of his fractured family after a horrible car accident (drama, pilot).

The Crossing (Josh Brand, Peter Horton). In the aftermath of a difficult war, a Civil War soldier crosses the country and settles into a complicated town where he is welcomed as its savior — whether he likes it or not (drama, pilot).

Kari Lizer project (Kari Lizer). A multi-camera workplace comedy about a relationship-challenged woman who, with the help of her co-workers, guides people through unexpected career transitions and downsizings (comedy, pilot).

Free Agents (John Enbom, Karey Burke, Todd Holland). Based on the UK format, this single camera comedy looks at the attraction between two quirky co-workers who are both on the rebound (comedy, pilot).

Dan Goor project (Dan Goor, Gail Berman, Lloyd Braun). A young doctor joins his parents’ medical practice and spends as much time tending to his family as to his patients (comedy,pilot).

I Hate that I Love You (Jhoni Marchinko). Focuses on a straight couple that introduces two of its lesbian friends to one another – which results in instant attraction and a pregnancy (comedy, pilot).

Are you there, Vodka? It’s me, Chelsea (Chelsea Handler, Tom Werner, Dottie Dartland Zicklin, Julie Larsen). Inspired by Handler’s best-selling memoir that will focus on the lives of a group of 20-somethings who live and work together with a very outspoken young woman (comedy, pilot).

My Life as an Experiment (Cathy Yuspa, Josh Goldsmith, Jack Black). A single-camera comedy about a magazine writer who immerses himself and his family in his unusual situations for his stories, which always reflect back on his marriage. It’s based on the book by (former EW writer!) A.J. Jacobs. (comedy, pilot).

Parham/St. Claire project (Lennon Parham, Jessica St. Clair). A woman and her new live-in boyfriend find themselves taking in her distraught and pushy best girlfriend who ends up on their doorstep after a divorce (comedy, pilot).

Bent (Ted Quill). Single-camera comedy about a recently divorced Type A single mom who tries hard not to fall for the sexy surfer dude contractor she hires to re-do her kitchen (comedy,pilot).

Rest (Philip Levens). Based on the comic book series Rest by Milo Ventimiglia and Russ Cundiff about a workaholic who enrolls in a drug trial which eliminates the need for sleep (drama, script).

A Lot Like Us (Scot Armstrong, Ravi Nandan, Liz Feldman). A lesbian couple expecting a baby lives with the donor (comedy, script).

Awakening (William Laurin, Glenn Davis, Howard T. Owens, Carolyn Bernstein, Todd Cohen). Two sisters come of age and face off against one another amidst the beginning of a zombie uprising (drama, pilot).

Heavenly (Richard Hatem). A dedicated young attorney who teams with a former angel to help clients at a legal aid clinic — “she saves clients’ butts while he saves their souls” (drama,pilot).

Raven (Diego Gutierrez). Based upon the DC Comics character, the daughter of a human and a devil with abilities to read emotions and divine secrets, Raven fights crime — as well as the darkness in her own soul (drama, script).