You are here:Home-Momagers in the News, Parents of Child Actors, THE HOLLYWOOD LIFE-Here Comes the Judge! The Hollywood Mom Judges Miss Teen Los Angeles
Previous Next

Update: On Thursday, I caught this horrific flu everyone has and was unable to attend the Miss Teen event. I spent most of the weekend in bed and the only contest I watched was on TV – that little Hollywood soiree we call The Oscars. Best wishes to all who participated. 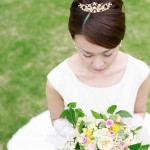 This weekend I’m heading to a top secret location near LAX that involves children, competition and show biz, yet oddly will not involve my own child.  It’s true. Instead of chauffeuring Jordan to acting class or an audition, for the next 48 hours I’ll be watching other momagers sweat it out while their glamorous offspring ages 7 to 17, compete for the title of Miss Teen Los Angeles.  Actually, I won’t just be watching this transpire.  I’ll be participating, Judging to be exact.

This weekend my motto is “Those that can’t win – Judge.”  I speak from experience in this arena.  When I was all of 7, my mom trotted me off to a pageant in Brown Deer, Wisconsin in hopes that I would become the next junior princess of the local yocal County Fair.  Surprisingly, I placed in the final ten armed with nothing more than what God gave me while dressed in a full length frock by Holly Hobby, which I believe was more the devil’s handiwork than God’s.  I likely passed that round by answering the question: “Which household chore do you like the least?”  My answer, “Taking out the trash.”  Not something Laura Ingalls Wilder would have said, but a solid and truthful Beauty Queen reply.

I eventually lost the crown by not answering the final question honestly.

As my family had just moved to the Cheese State from the nation’s capital the month prior and I had never been to a Fair, much less the “County” variety, I was at a loss.  I couldn’t decide which was the worse choice: to make something up (also known as improvisational lying); or to admit to an audience filled with die-hard County Fair fanatics that I was a 7 year old poser.  I stammered and stared wildly into the stage lights that were preventing me from glaring at making eye contact with my mother.  It was a first grade disaster.  I finally spit out something unintelligible about “loving cotton candy.”  Good try little blonde girl, but no Tiara for you tonight.

These days pageants are far more complex than the county fair events of yesteryear; but unlike the pageants of The Learning Channel’s “Toddlers in Tiaras” fame, Nationals Incorporated’s Miss Teen Pageant is a highly regarded competition for girls over 7, does not include a swim suit competition and places a great deal of emphasis on the contestant’s charitable contributions. In other words, it’s a pageant with purpose and one I can fully support.  I’m flattered to have been asked to be on the panel and look forward to a weekend of being wowed by these young talents.  I’ll Twitter as much as is possible and legal.  And one last unbiased bit of advice for all the contestants. Have fun and when necessary, wing it!