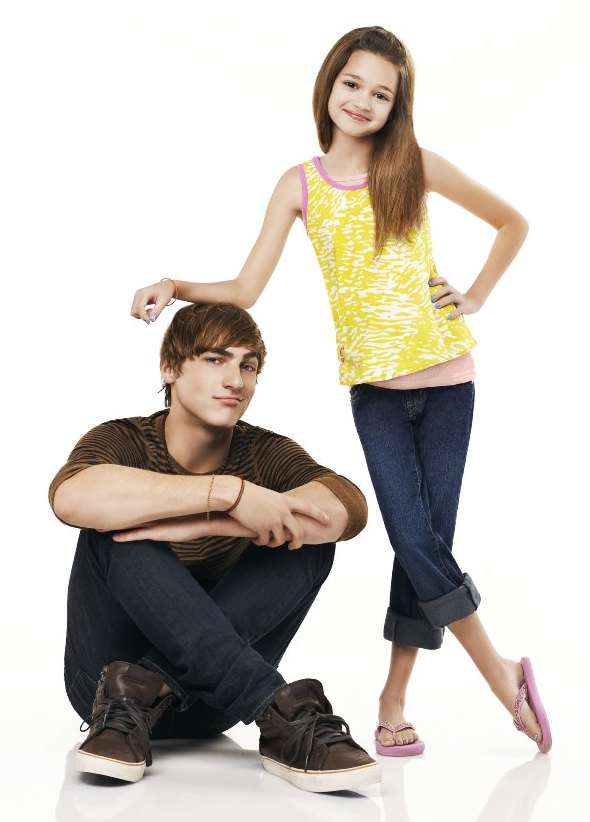 The Hollywood Reporter recently covered the business of professional child actors and according to the magazine, in 2009 young actress Ciara Bravo, 12, nearly gave up pursuing her professional acting career after spending 2 frustrating summers auditioning in L.A. with mother Tammy, with absolutely no success. While Ciara had come close to booking a regular role on CBS’ “Gary Unmarried,” and several other projects, nothing solid ever came through for the young talent.

“We knew there was something there, but no one was biting,” says her mother, Tammy Bravo. “So we went back home to Kentucky and said, ‘It’s time to throw in the towel and be a regular kid.'”

Ciara’s manager, Frederick Levy of Management 101, asked her to videotape an audition for the role of younger sister Katie on the Nickelodeon series “Big Time Rush.” BTR Producer Scott Fellows liked her tape and had her do a second read with him via Skype. Ciara then left on a two-day field trip to Amish Country in Ohio. Of course Levy called Tammy Bravo the next morning and said Ciara was requested to read again.

“I said, ‘Are you kidding me? She’s 250 miles away,’ ” Tammy recalls. “He said, ‘You have to go get her.’ So I jumped in the car with my Flip video camera, drove to Amish Country, and filmed her in an Amish grocery store with flour and cornmeal bags in the background.”

Tammy sent the video to Nickelodeon and Ciara booked the job. Within 48 hours the pair was on a plane to Los Angeles to begin shooting season one of “Big Time Rush.”