You are here:Home-CHILD ACTORS, Child Stars, Former Child Stars, THE BUZZ-Former HARRY POTTER Child Star Daniel Radcliffe On Personal Quest to Prove Child Actors Do Not Have to Burn Out
Previous Next

In a recent interview with GQ Magazine, former child actor Daniel Radcliffe, now 21, of Harry Potter fame, revealed that while Harry Potter was battling Draco Malfoy with the Hogwarts on the big screen, he was conquering personal demons off screen. 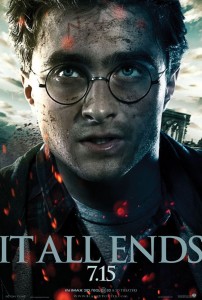 Radcliffe was cast as Harry Potter at age 11 and grew into a man before our eyes.  The pressures of  fame made him reliant on alcohol to enjoy himself, particularly while filming Harry Potter and The Half-Blood Prince, at which time he was 18 years old.Radcliffe confided that he became increasingly “complacent” about his acting and was, “…enamored with the idea of living some sort of famous person’s lifestyle that really isn’t suited to me.”

To his credit, Radcliffe now chooses a life of sobriety, having stopped drinking in August 2010.   He reflects that he would love to go to parties and such but that having just a few drinks doesn’t work for him.  He now prefers to stay home with his girlfriend, telling GQ,  “There’s no shame in enjoying the quiet life. And that’s been the realization of the past few years for me.”

Radcliffe is on a “personal crusade” to prove that child stars do not have to burn out and is using his own life path as the ultimate example. “If I can make a career for myself after Potter, and it goes well, and is varied and with longevity,” he stated, “then that puts to bed the ‘child actors argument’. If I can do it, in the biggest film franchise of all time, no other child actor who comes after will ever have to answer those same bloody questions.”

Harry Potter and the Deathly Hallows: Part II, the last installment in the franchise, is out July 15.