You are here:Home-CHILD ACTORS, Child Stars, In the News, LEGAL, THE BUZZ-LEGAL: Child Star ARIEL WINTER Will Face Off With Mom in Custody Court October 2013
Previous Next 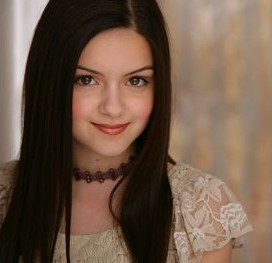 It was determined on Friday, March 29, 2013 that Modern Family child star Ariel Winter, 15, will go to trial in October 2013 for the guardianship case which will determine whether her Hollywood Mom Chrisoula Workman, will regain custody.   Ariel is seeking legal emancipation from her parents, sighting allegations of emotional abuse by her mother. Chrisoula Workman has subsequently filed an Objection to Petition for Appointment of Guardian of Minor.

Winter is temporarily in the custody and care of her much older sister Shanelle Gray, 34, following the original abuse allegations which surfaced last October 2012.

According to Workman’s legal, no visitation has occurred yet between Workman and Winter, because Ariel is allegedly refusing to meet with her mom in therapy.

“It’s a work in progress,” Winter’s attorney told L.A. Superior Court Judge Michael Levanas on Friday regarding the family’s court-ordered therapy sessions. “There’s been no advancement in terms of reunification. Judge Levanas does not wish to oversee each aspect of the counseling sessions instead deferring to the therapists about when and where progress takes place.

According to People.com, Workman plans to bring a dozen witnesses at trial – including Winter’s brother, doctor, tutor, stylist and a producer from Modern Family, to testify about her fitness as a parent.