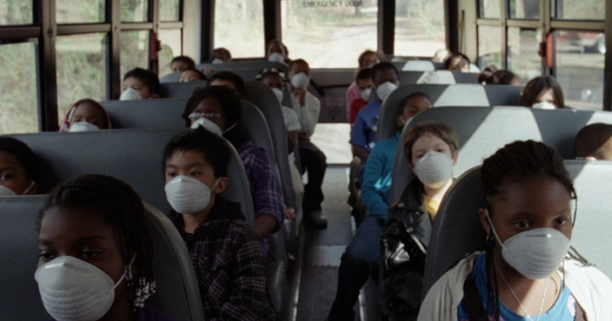 On directing child actors, David says, “I look back on it as being totally great and really fun. But I do think that at the time it was quite a challenge, because they don’t want to work all the time in the way you need them to…”

An astounding 4500 short films were submitted to the Cannes Film Festival this year.  Of the ten chosen as final selections, Grainger David’s short film The Chair (12 minutes) stands out for several reasons: It’s the only selection from the US, the cast is comprised of many first-time actors, and the majority of the cast are children.

The film’s plot centers on the mysterious outbreak of toxic mold in a small, southern town and the futile attempt of a young boy (Khari Lucas) to understand his mother’s subsequent death due to this outbreak.  The boy’s grandmother (Reverend Martha Florence Brown) develops an obsession with the mold source (a discarded, reclining char) and origins of this inexplicable plague.

The film’s cast is comprised mostly of “non-professional” locals from Wadmalaw Island, John’s Island, and James Island, South Carolina.  Khari Lucas, who plays the Boy, is a student at at local arts high school, and has acted in several other short films; Reverend Martha Florence Brown, who plays the Grandmother, is a pastor at Salem Baptist Church, on Wadmalaw Island, where one of the church scenes was filmed.

Tracey Frazier was cast from auditions held at Mt. Zion Elementary, where they filmed the classroom scenes.

The film’s narrator is King Hoey, a young actor and football player from the Charlotte, NC area.

“I have a memory from childhood of my mother standing on a ladder, scraping and washing mold off of the ceiling of my bedroom. As I remember it, there was a large, dark stain looming and growing above me. But did it really happen that way? Was that my house, my mother, or a picture I saw in the paper? I don’t remember exactly.
I was just a kid.

“I have always been interested in the way our childhood memories are distorted and exaggerated over time, particularly when they stem from tragic events or collide with our own dark fascinations. I grew up in coastal South Carolina, where the landscape can seem laced with a feeling of mystery and menace. The natural world seems particularly alive in certain parts of the rural South – humid, hungry, ever-encroaching. It seems aware of our history, our problems. It seems to remind us of them at every turn.

I wrote this short film in the same room where my mother scraped the mold from the ceiling many years ago. It was late, and dark, and deadly quiet. The idea of an outbreak of poisonous mold in a small town seemed particularly alive to me, and the concept took hold of my imagination and would not let go. My goal with this film is to tell a gripping story that explores timeless human questions, while immersing the audience in what I hope will feel like a strange and haunting dream.”

Backstage recently interviewed David, asking “What’s it like working with kids?” to which David replied, “It’s funny. I look back on it as being totally great and really fun. But I do think that at the time it was quite a challenge, because they don’t want to work all the time in the way you need them to on a film that you are trying to get done in a certain amount of days. They were a total handful, but they are really cool and most of the kids I have actually known for a really long time. The three kids who play the younger siblings are actually siblings and kids I babysit sometimes. It was a little easier because of that. I knew them and was like ‘I’m going to tell your granddad you were bad today.’ So, I could crack that whip a little bit, but I mean they were awesome. It was really fun.” 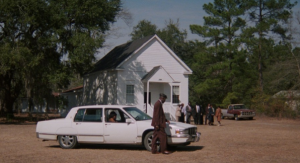 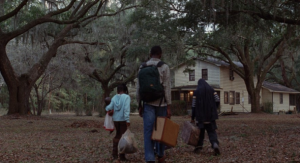 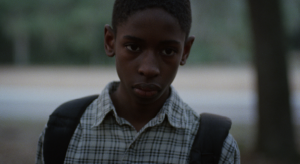