Everyone at the Staples Center/ Lakers’ Games knows “There’s Something Wrong with Esther.”

You are here:Home-CHILD ACTORS, Child Stars, Momagers in the News-Everyone at the Staples Center/ Lakers’ Games knows “There’s Something Wrong with Esther.”
Previous Next

Everyone at the Staples Center/ Lakers’ Games knows “There’s Something Wrong with Esther.” 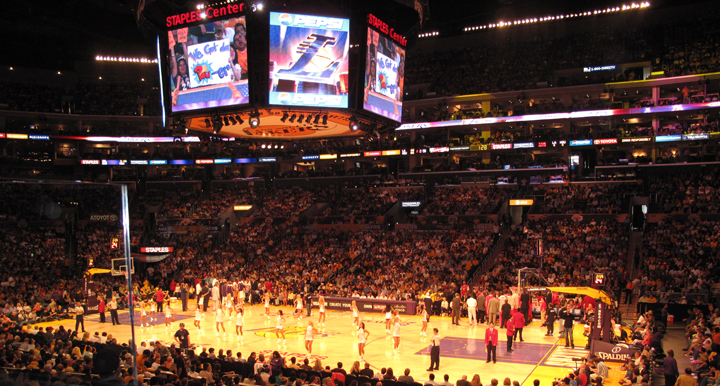 As my twitter followers know,  I was at the L.A. Lakers game Sunday.  It was wonderful:  an afternoon date with the hubby, box seats, VIP treatment at the Royal Room, margaritas, court-side view of hottie comedian Russell Brand, Academy Award winners Dustin Hoffman & Jack Nicholson and of course, the world famous Lakers.  Who could possibly ask for more?  Mmm, I could. 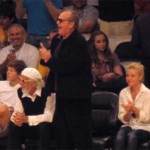 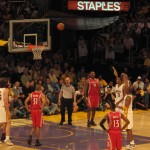 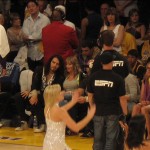 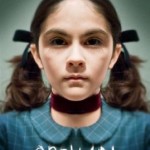 Please remove the hideously frightening “ORPHAN” movie  advertisement from the electronic marquee hanging in the center court of the Staples Center.  If I’m disturbed by this image, the young fans in attendance are likely scared out of their freaking minds.  The digital one sheet even appeared to spook Jack out of his court-side seat and trust me, he’s seen it all. Thank you for prompt attention.

Seriously, what’s up with the ill-placed, unavoidable and completely creepy one sheet picture of  “ORPHAN” actress, Isabelle Fuhrman (from the soon-to-be-released movie of the same name) flashing in my eye line? YIKES. The films’ looming tag line is “There’s something wrong with Esther.” My response: YA THINK? According to IMDB, the story involves “a husband and wife who’ve recently lost their baby adopt a 9-year-old girl who is not nearly as innocent as she claims to be.”  Watch the trailer for real chills.

In fairness, I looked up this young actress, Isabelle Fuhrman, on IMDB.com and she is adorable in “real life.”   Kudos to the make-up artists for achieving skeletal, porcelain gloom on a chubby-cheeked, freckle-faced beauty.   The digital movie ad distorts Isabelle’s image for supreme fright factor, shading in the area above her eyes for maximum chills.  And just so you don’t think I’m over-reacting, I wasn’t the only Lakers’ fan who couldn’t take my eyes off the poster child for the latest incarnation of “The ‘Bad Seed” meets “Damien: The Omen.”  I overheard one grown man, a game regular, say he was so creeped out by the picture that he had actually written a letter to the powers that be, pleading to have the advertisement removed from the Lakers’ Marquee permanently. So much for letter writing.

This leads me to the inevitable Hollywood Mom question:

Would you want your own child to portray a character like Esther?”

At what cost do child actors portray overtly evil or posssessed characters at a tender age?  Are they forever type-cast, doomed to play strange, dark parts throughout childhood and possibly beyond?  Case in point, one of Fuhrman’s last gigs in her short career was a television version of  “Children of the Corn.” A look back at the careers of child actors like Linda Blair (The Exorcist); Jonathan Scott-Taylor (Damien: The Omen II); David Dorfman (The Ring); Carrie Wells (The Bad Seed) and many others would indicate that horror for kids is often a one note career choice.  But of course for the established child star (Dakota Fanning in “Hide and Seek” or Anna Sophia-Robb in “The Reaping”) starring as evil spawn usually turns out to be all but a forgettable blip on their larger cinematic scale. Either way, seems like a dicey career choice for the young actor.  Thoughts?