You are here:Home-CHILD ACTORS, Child Stars, In the News, Parents of Child Actors, Popagers in the News, THE BUZZ-Child Star Max Records’ is Battling Retro Robots in “BLINKY”
Previous Next

Max Records, 13, made his feature film debut in Spike Jonze’s film, “Where the Wild Things Are,” with no prior acting experience.  Most recently he played a young Mark Ruffalo in Rian Johnson’s “The Brothers Bloom.”

In his next film “Blinky,” directed by Oscar-nominated filmmaker/animator Ruairi Robinson, Records’ character receives a retro robot after much pleading (“All my friends have one!”), declaring that the ever-smiling machine will be his “new best friend.” From the sinister tone of the trailer below, it doesn’t seem likely they’ll be best friends forever.  The independent project is scheduled to make rounds in film festivals but I’d rather see it sooner than later and in the local theater…please!

In related news, Max’ father/ popager, photographer Shawn Records, has created a series of photos, entitled “Owner of This World,” a compilation of photos of his son on the “Wild Things” set. This is what Shawn himself has to say about the photos: 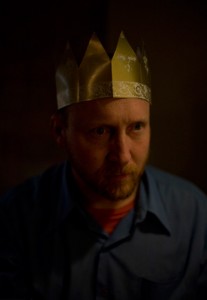 “Photography, for me, is an act of paying attention, responding, and manipulating context. Ultimately, I photograph small things that hint at larger ideas – moments, objects, relationships, gestures – the details of everyday living that, when put into another context, take on weight. This approach has resulted in several different projects.

“Owner of This World is a series of photographs made during the four months that my son, Max Records, worked as an actor in Where the Wild Things Are, Spike Jonze’s film adaptation of the Maurice Sendak classic. Max was nine years old at the time, and neither he nor anyone in our family had been involved in the film industry before. Though the majority of these photographs were made behind the scenes, my goals were far more personal than objective. Beyond documenting Hollywood’s incongruities, I think of this series more as a manifestation of my own anxieties; a collection of both fears and reassurances, upon letting my son out into a world that’s beyond my control. In this particular image, (far left) for example… that may as well be me clutching the sides of the boat. The water may be only waist-deep, but if it’s murky, you can’t always see the bottom.” 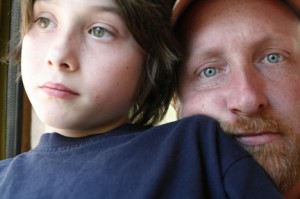