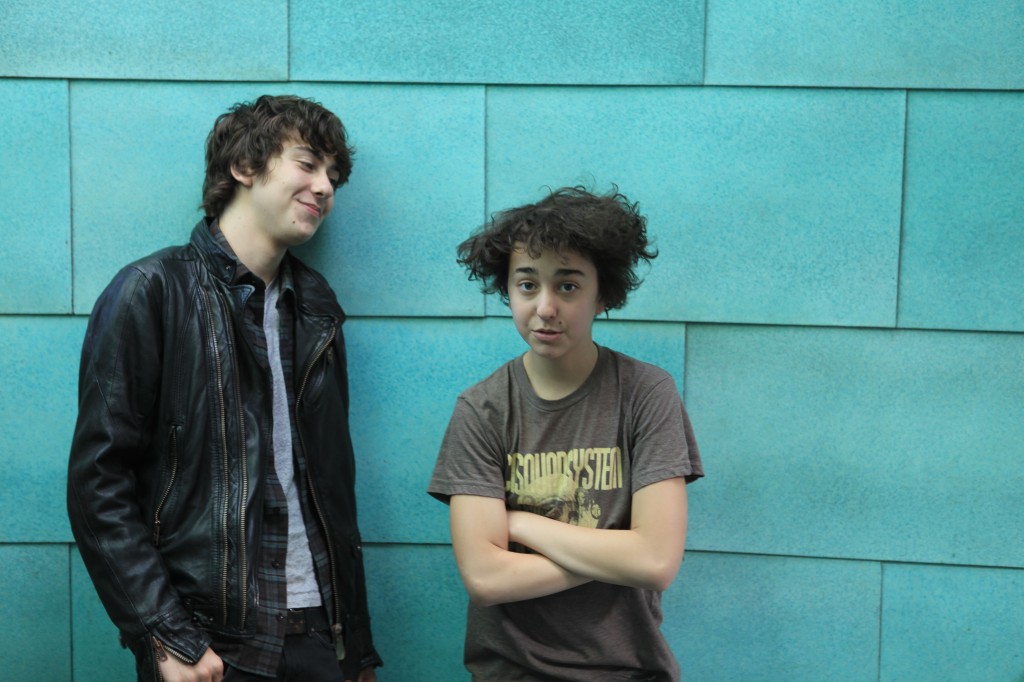 Brothers, recording artists and actors Nat and Alex Wolff were destined to be stars from the start and they have the resumes to prove it. “Black Sheep,” their very first album as Nat & Alex Wolff, was produced by Matt Wallace (Maroon 5, Faith No More, O.A.R., The Replacements) and shows these two coming into their own with serious musical chops and the songwriting skills to back them. 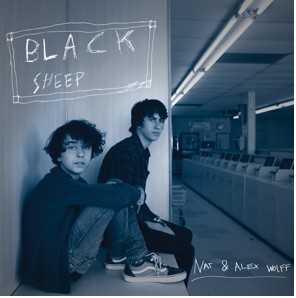 The first single off “Black Sheep” and video for the track “Thump Thump Thump,” features Academy Award Nominee Abigail Breslin and Alex Wolff alongside a ton of puppy love, both literally and figuratively. The video for the second single, “Maybe” features Nat Wolff and a mannequin in a modern love triangle straight out of a movie (ala Lars and the Real Girl). Although the band would not be complete without the talents of the two brothers, it is each of their unique, yet complementing, personalities that sets this indie-rock duo head and shoulders above the rest.

“Black Sheep” was written entirely by Nat and Alex Wolff and is a step in a different, more sophisticated direction for the duo as evidenced by the release of the first two singles, “Thump Thump Thump” and “Maybe.” The two have cited their major influences for the album as Bob Dylan, Green Day, The Velvet Underground, and The Rolling Stones. It’s evident that these brothers have done much maturing in the years since their last album, allowing them to remain relevant without being forced to reinvent themselves.

Eldest brother Nat Wolff, 16, was only in pre-school when he formed his first band, The Silver Boulders, and younger brother Alex, now 13, learned to play the saxophone before the age of three. After begging their mother and father (actor and screenwriter Polly Draper and jazz pianist and composer Michael Wolff) repeatedly for the chance to be child stars, they finally agreed to let the boys record in the studio with their father. While in the studio, Polly came up with the idea for a mock documentary, treating the boys’ band as if they were huge like The Beatles, and The Naked Brothers Band was born. Originally the stars of Nickelodeon’s The Naked Brothers Band, the TV series went on to have an incredible run, garnering Nat and Alex many accolades including a 2007 BMI Cable Award for their work on the show (making them the youngest award recipients ever), a nomination for best band at the 2009 Australian Nickelodeon Kid’s Choice Awards, and a performance at the Song Writers Hall of Fame at the request of John Sebastian.

After the successful multi-year run on Nickelodeon, two full-length albums, a DVD, cross-country touring and appearances on ABC’s Good Morning America and The View, the brothers were ready to shed their old moniker and graduate to the next level: Nat & Alex Wolff the recording duo was born. The talented brothers have since traversed the country, playing everywhere from Pop-Con 2010 alongside Justin Bieber and Selena Gomez to New York’s 2010 Earth Day concert. For the past two years, the brothers have been hard at work on their first album as Nat & Alex Wolff. Recorded in LA and New York over several weeks in 2009 and 2010, their album Black Sheep released today, October 11, 2011. 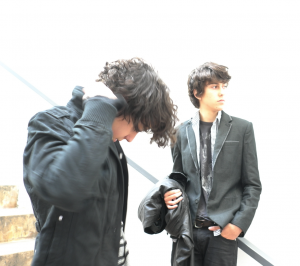 In addition to writing and recording “Black Sheep,” the brothers have kept busy with acting roles; most recently Nat filmed roles in the upcoming movies New Years Eve and Peace, Love and Misunderstanding, while Alex appeared on episodes of hit TV shows Monk and In Treatment, as well as in the Fall Out Boy video for “The Take Over, The Break’s Over.” Additionally, Alex wrote and both boys starred in the 2010 play What Would Woody Do? at New York’s Flea Theater.

Today’s release of Black Sheep represents an exciting step into new territory for Nat & Alex Wolff, and one the duo is ready to take by storm.