Former Child Super Star Jason Bateman, 42, says it’s not a particularly “good idea” for children to work as actors. Bateman starred in his first major acting role at age 12, as James Cooper Ingalls in “The Little House on the Prairie.” Following that, he did the sitcom “Silver Spoons.” From there he went on to star in numerous television series including, “Valerie’s Family” easily becoming one of the busiest child actors of his generation. 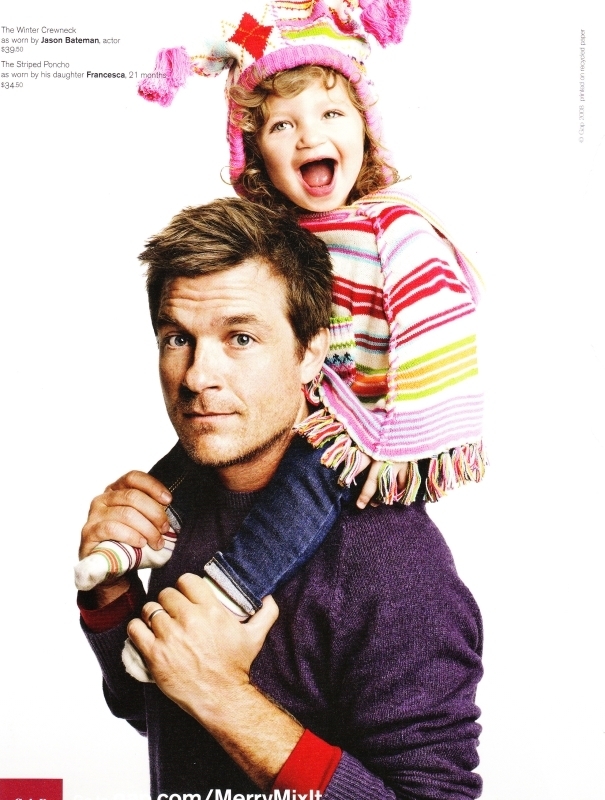 Bateman with his daughter Francesca.

Although Jason is grateful for the opportunities he was given in his youth, he shares that there are negative efects resulting from being employed at such a young age.

He recently told Swiss newspaper Sonntags Zeitung:: “It’s not a good idea. For one an acting career is quite unstable and also because things in this business are very unfair. Most of all I think it’s highly questionable to put a child in front of a camera and ask that child to pretend to be someone else. Children need to find out who they really are first. When you’re growing up child acting isn’t very clever. I personally didn’t survive it completely undamaged.”

After overcoming an addiction to drugs in the 1990’s, In the 90s, Jason married to Amanda Anka, with whom he has a four-year-old daughter Francesca and is currently expecting another.