Justin Bieber’s Hollywood Mom, Pattie Mallette, is making an urgent plea for assistance in saving the Salvation Army’s Bethesda Center in London, Ontario, Canada. The center is the home for unwed mothers where Mallette herself stayed prior to giving birth to her pop superstar son Justin, in 1994. 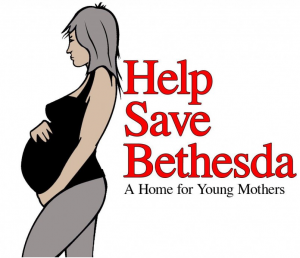 Bethesda Centre is slated to close on May 31, 2012, unless it can raise $1.5 million dollars to bridge a funding shortfall and establish a five-year endowment fund for the home.

“As a teen, I was pregnant with Justin, alone and scared,” said Pattie. “Bethesda gave me the help I needed during that time and the skills to care for Justin as well. I want to make sure that other babies in the London area have a chance to survive and to achieve their dreams. It is so important to me that we save this home, since there is nothing else like Bethesda Centre around London, and without it, I don’t know where either of us would be today.”

The Bethesda Centre offers accommodations, counseling and support to teenage girls during their pregnancy and after the birth of their babies.  The home also includes an independent living program for parenting teenagers, as well as a childcare center.  Teenagers are provided a range of services, from learning parenting and life skills, to prenatal and postnatal care, education and counseling.

The campaign has raised more than $115,000 toward the $1.5 million goal in the two weeks since the effort launched.  To join with Pattie to Save Bethesda by May 31, please visit the Save Bethesda web site atwww.SaveBethesda.org.

Anyone who wants to help Pattie and Justin’s efforts to save Bethesda Centre can go to www.SaveBethesda.org. They also can show their support by liking the Help Save Bethesda Facebook page and sharing it with friends.