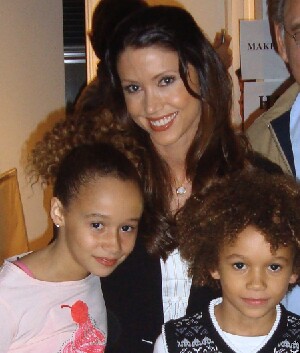 A Green Story, the inspirational, true story of  Van Vlahakis (Ed O’Ross), a Greek immigrant who arrived in the US with only pennies to his name, debuted at the 2012 LA Greek Film Festival on Thursday. The Paramyth film follows his amazing life journey, pursuing the American dream and ultimately building Earth Friendly Products, a corporation that was revolutionary in the distribution of environment-friendly cleaning products. While terminally ill, Vlahakis secured one final business deal; the deal of his lifetime.

Playing Vlahakis’ granddaughter and Shannon Elizabeth character’s daughter in A Green Story, is Talia Jackson, a child actor from Wisconsin. A young triple threat, Talia was originally discovered by Grammy award-winning producer, David Foster, and has performed with on stage with Andrea Bocelli and Heather Headley. 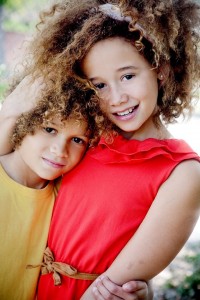 Talia stars in an ongoing International Disney program “Disney English,” which teaches English to children all over the world and recently completed work on the film “Awakened,” a thriller written and directed by Marvin Willson.

Her younger brother Armani, 8, (pictured left) is also a chid actor with a recent role on ABC’s short-lived “Man Up.” Jackson’s father Trent was a professional basketball player and her mom Kelly, was a Cover Girl model represented by FORD and Elite.

Jackson is currently represented theatrically by Paradigm and by Coast to Coast for print, voiceover and commercials.

A previous audition for Majors and Minors (on YOU TUBE) showcases her triple threat talent!