THEN & NOW: Christina Ricci Thankful She Is Not A Child Star in Today’s World

You are here:Home-CHILD ACTORS, Former Child Stars, Success Stories, THE BUZZ, Then & Now-THEN & NOW: Christina Ricci Thankful She Is Not A Child Star in Today’s World
Previous Next

THEN & NOW: Christina Ricci Thankful She Is Not A Child Star in Today’s World

Christina Ricci (PAN AM) became a household name in the 1990’s at age nine working on film projects like The Addams Family, Now and Then, Sleepy Hollow, Mermaids, The Ice Storm, Casper, and quickly graduated to respected indie fare like Pumpkin, The Opposite of Sex and Monster.

Unlike today’s teen and child stars who are under constant media scrutiny, Christina reveals that she was not pursued by paparazzi in the 90’s and led a normal teen life. 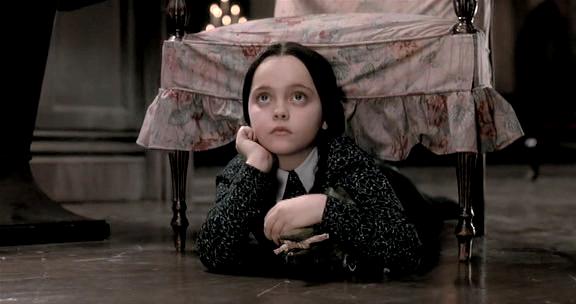 “You know, I made all the mistakes a lot of young stars are making today. I partied, I drank. But during my time there weren’t that many photographers around. I had more freedom,” she said.

Christina further states that when pressures of fame overwhelm her she reacts by chilling out at her home.

“If I feel stressed, I take a personal day, which basically entails me being on my couch with a book and my puppy! I don’t leave the house. And I like to visit my friends, and just hang out with my family,” she said.

You can watch Christina on Sunday nights 10/9 pm on ABC. If you’d like to dress like Christina and the other Pan Am Stewardesses for Halloween this year, ABC has made posted the step by step instructional manual complete with print outs!