“Dance of the Mirlitons” Has Been Cast! Bailee Madison to Play Jesse Urchin

You are here:Home-Auditions, Casting Updates, THE BUZZ-“Dance of the Mirlitons” Has Been Cast! Bailee Madison to Play Jesse Urchin
Previous Next

“Dance of the Mirlitons” Has Been Cast! Bailee Madison to Play Jesse Urchin 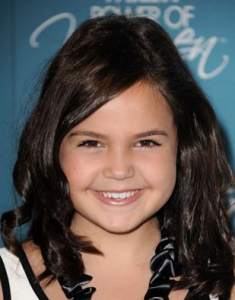 The Hollywod Reporter reports that Hollywood-It-Girl Chloe Moretz and young actress Bailee Madison (Brothers, Bridge to Terabithia) have joined the cast of the independent feature film Dance of the Mirlitons, which already features Kristen Bell as the “young, overbearing mother of an overweight, would-be ballerina (Madison) who will stop at nothing to make her daughter a star.”   Madison will star as Bell’s daughter Jesse, while Moretz will play Madison’s arch rival.  Moretz is represented by WME and 3 Arts Entertainment, and Madison is represented by Coast to Coast Talent and James/Levy Management.

You may recall that Hollywood Mom Blog and others published the open casting call notice for Dance of Mirlitons, specifically seeking actors for the role of young ballerina, Jesse Urchin.

THR reveals that Writer-director Evan Greenberg and the producers spent months trying to cast the lead for the role, which has the potential for a breakout in the way Billy Elliotand Little Miss Sunshine proved a launching point for actors Jamie Bell and Abigail Breslin.

Seeking—Jesse Urchin: female, 10-15, must be at least a little bit overweight, a seemingly unassuming girl and an unlikely ballerina, extremely flexible, well-trained, with a passion for dance, thrilled when she’s accepted to the Battleboro School for Young Dancers, but outraged to discover that the videotape sent to the school was that of her mother who is a former ballet dancer, to make matters worse the innocent and naïve girl is relegated to a special education class based simply on her physique, is incensed by this atrociousness and plots her revenge, becoming tenacious and ambitious to a fault, heeds the lesson her mother has taught her throughout her childhood (“I am a warrior”) and approaches her revenge with that mentality, further galvanized upon learning that the school will be holding auditions for the coveted role of Sleeping Beauty in the ballet of the same name, determined to land the plum role no matter what it takes, LEAD. Casting director states: “Think more along the lines of Election meets Welcome to the Dollhouse, rather than Disney, when submitting.” 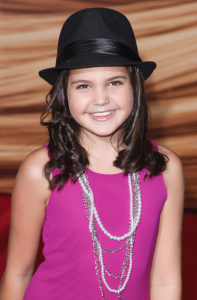 Madison’s IMDB Bio reads: At just ten years of age, Bailee Madison possesses an illuminating presence that is evident in each role she takes. With inherent charm, sharp intelligence, and a vibrant personality, the young actress leaves a lasting impression on everyone she meets.

Best known for capturing the hearts of millions with her role as May Belle in Disney’s Bridge to Terabithia, Bailee has also left lasting impressions with her performances in the feature film Phoebe in Wonderland (with Felicity Huffman and Elle Fanning) and on the small screen in Nickelodeon’s Christmas time hit, Merry Christmas Drake and Josh.

Bailee’s talent as an actress will soon be on display in a variety of diverse and demanding roles, co-starring with some of the industry’s biggest stars. At the end of the last year, she won rave reviews and a Critics Choice Awards nomination for her powerful work in Brothers (with Natalie Portman, Jake Gyllenhaal and Tobey Maguire).  In 2010 she has no less than five feature films being released, An Invisible Sign of My Own (with Jessica Alba), Betty Anne Waters (with Hilary Swank), Letters To God, the true and inspiring story of a young boy’s struggle with cancer, Eloise in Africa (An Animated Film) and Guillermo del Toro’s Don’t Be Afraid Of The Dark (with Katie Holmes and Guy Pearce) in which she has the lead role. She is currently filming the comedy Just Go With It with Adam Sandler and Jennifer Aniston in which she plays Jennifer Aniston’s daughter.

This young actress began her career when she was only two weeks old in an Office Depot commercial. One of her first roles was in the movie Lonely Hearts, in which she starred on the big screen alongside Salma Hayek and John Travolta..

Bailee’s magnetic personality was highlighted when she appeared as a guest on The Tonight Show with Jay Leno in March of 2007. 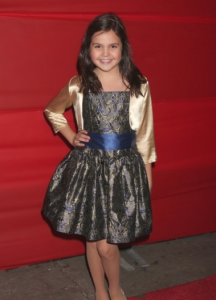 Bailee has often been described as an “old soul”, someone whose unique combination of sensitivity, strength, and emotion is well beyond her years. However, this Florida native still enjoys the simple activities of any nine-year-old, especially cooking, riding her bike, and playing with her friends.