According to the Hollywood Reporter, it appears child actor Gattlin “Getty” Griffith will join Kate Winslet and Josh Brolin in Jason Reitman’s Labor Day. HMB readers may recall that Reitman, Oscar-nominated for both Juno and Up in the Air, has been seeking actors for this role for sometime. Reitman is said to have chosen Griffith, but as of this post the deal has not closed. No word yet as to whom will play the role of Eleanor. 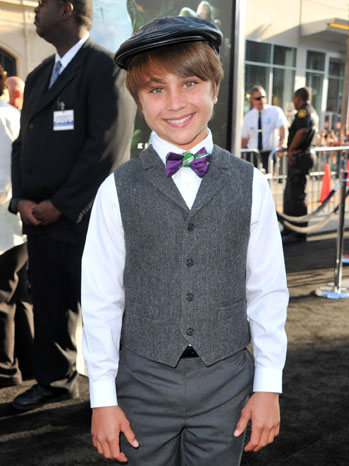 Gattlin Griffith at the premiere of “The Changeling (2008).”

Gattlin Griffith, 13, is a hard-working child actor, having previously appeared as Angelina Jolie’s abducted son in Changeling (2008); as a young Ryan Reynolds in The Green Lantern (2011); Couples Retreat; The River Why; The New Daughter and Blood Done Sign My Name.  He has also appeared in numerous TV shows: Unhitched (2008), Cold Case (2007), How I Met Your Mother (2007), and Monk (2007). Griffith has also wracked up an impressive commercial resume having worked for Disney Parks, Mass Mutual, Burger King, Yamaha and Home Depot.

According to his bio on TheRiverWhy.com, Griffith enjoys soccer, gymnastics, horseback riding, swimming, football and performing his own Stunts.He can been seen next in the “suburban nightmare” movie, Under The Bed.

Reitman has tried for months to find the right child for the role, which sources describe as the center character of the story. 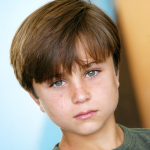 A much younger Griffith in an undated photo

In the script, written by Reitman but based on the novel by Joyce Maynard, a depressed single mom (Kate Winslet) offers an escaped convict (Josh Brolin) a ride in her car. As their relationship evolves, the action is portrayed as seen through the eyes of Winslet’s child (the role Griffith is in negotiations for).

Griffith is represented by Wendi Greene at Paradigm and Susan Curtis of Curtis Talent Mangement.