You are here:Home-CHILD STAR STYLE, On the Red Carpet, THE BUZZ-CHILD STAR STYLE: Isabelle Fuhrman Shines at the NYC HUNGER GAMES Screening in Blue Nile Diamonds
Previous Next 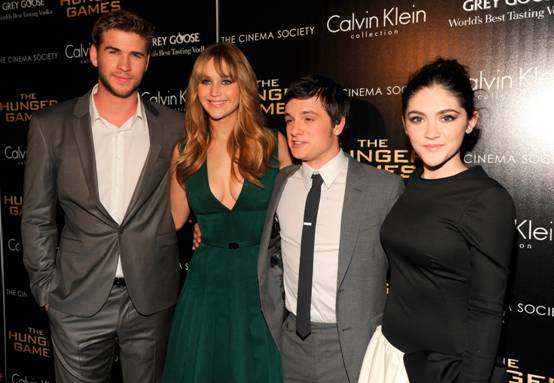 The red carpet of the NYC Screening of THE HUNGER GAMES. (From Left) Liam Hemsworth, Jennifer Lawrence, Josh Hutcherson, and Isabelle Fuhrman.

The NYC premiere of the highly anticipated “The Hunger Games” movie at the SVA Theatre in NYC, was hosted by the Cinema Society & Calvin Klein Collection. More subdued than the extravagant world premiere held in Los Angeles, this east coast screening had a noticeably more sophisticated, exclusive vibe.

Did you know? Isabelle was a fan of  The Hunger Games books and wrote to the director (Gary Ross) telling him she would like to appear in the movie. She originally went for the role of Katniss, but was called back to read for the part of Clove. 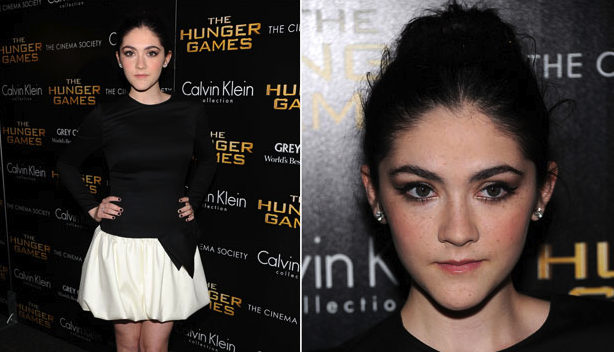 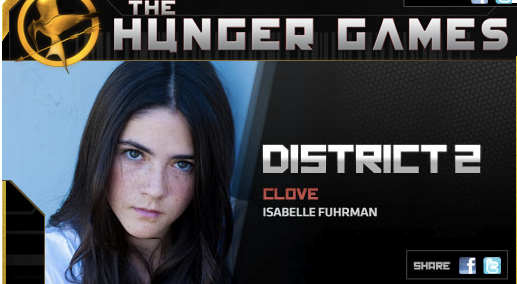