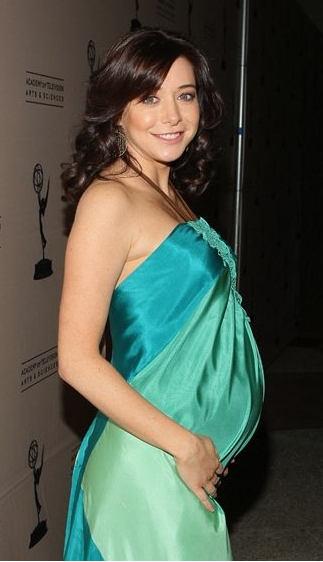 Hannigan is pregnant with baby #2.

Alyson Hannigan, known best for “Buffy,” “American Pie” and “How I Met Your Mother,” was just 4 years old when she made her acting debut in a 1978 Duncan Hines cookie mix commercial, graduating to Mylanta Commercials in her teens but her own kids will not become child actors themselves if their actor-mommy has any say in the matter.

“I definitely would want them to wait,” says Hannigan, who is due to give birth to a second child this spring. 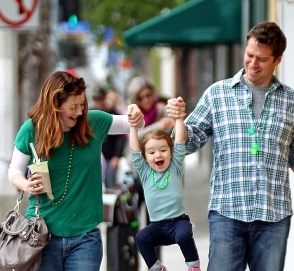 “Saty [daughter Satyana, age 2] is sort of the prime candidate for acting … so hilarious and so expressive. Early on, I think she was just over a year and just starting to talk. She was in my closet and she was looking at herself in the mirror. She was really close up and studying [herself], and then she started to tear up. I was like, ‘Honey, what’s wrong?’ And she says, ‘Look, Mommy, I’m crying!’ I was like, ‘Oh no, we’re doomed,’ but she was so pleased with herself that she could make herself cry. So she’s certainly showing signs, but we’re going to keep her being a kid for as long as possible.”