Former Child Actor: MILA KUNIS Glad She Was NOT A Child STAR

You are here:Home-CHILD ACTORS, Former Child Stars, THE BUZZ-Former Child Actor: MILA KUNIS Glad She Was NOT A Child STAR
Previous Next

Former Child Actor: MILA KUNIS Glad She Was NOT A Child STAR

Mila Kunis (Ted 2012), star of the highly anticipated OZ: the Great and Powerful (debuts March 8, 2013), has been working in show biz since elementary school; however, she asserts that she was never a “child star,” per se. I think this is simply a case of “You say Tomato, I say To-mah-to.”  If not a child star, then clearly she was what one would call a steadily “working child actress.”

Kunis recently told Heat Magazine: “The good thing is, I was never a child star and I’m not a star now. If you’re ten years old and this thing happens to you and you haven’t asked for it and you don’t understand it, you tend to fall apart a little.  For a child star, everything is through a fish bowl,” she said.

Kunis knows of what she speaks, if not by personal experience through those close to her. When she turned 18, Kunis dated former child star Macaulay Culkin for eight years and he certainly lived in a fishbowl during his youth.

“I’m so lucky I didn’t have to go through it,” she told Heat, “I was never pushed to do this. My parents always let me make the decisions; they never forced me into anything. And now, I mean, I’m not Brad Pitt. I can walk down the street and everything’s cool.”

Kunis, who moved from her native Ukraine to Los Angeles, California, with her family at the age of seven, began her acting career on Days of Our Lives, and 7th Heaven and then playing a young Angelina Jolie in the acclaimed movie GIA.  She notoriously auditioned for and won the part of Jackie on the series That 70’s Show at the tender age of 14. When she auditioned, Mila led casting to believe she was 18, the minimum required age. Although her true age was eventually revealed, it was determined that she was the best actress for the role.

And while she may believe that stardom eludes her now, she will likely concede to it following the debut of  OZ: The Great and Powerful in March 2013. 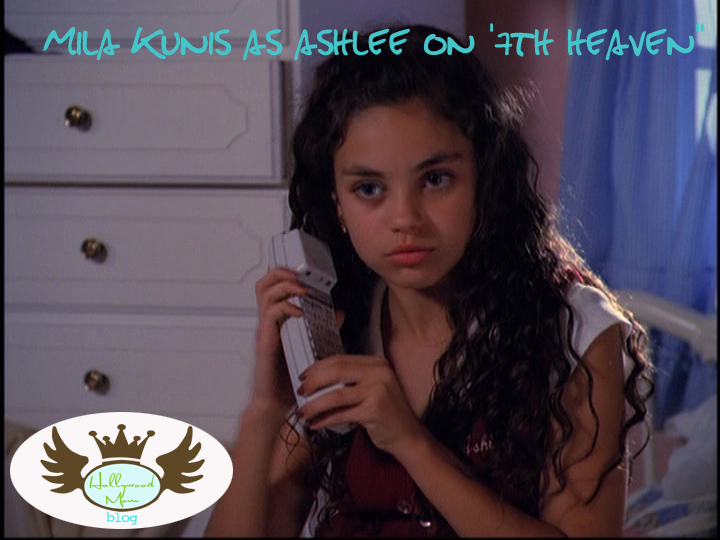