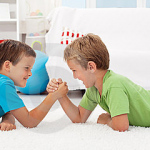 Competition is everywhere.  It’s a part of our lives and it’s not an ugly word. You have to look at competition, not as a possibility of failure and rejection, but as opportunity. Competition gives kids the opportunity to challenge themselves, to gain life skills, to improve themselves and to achieve their personal best. Show business is a perfect environment for opportunity because of the intense competition and rejection.

You may have a child that wants badly to be a star, but you hold them back from auditioning due to your fear of rejection. Would you prevent your child from trying out for the softball team or the swimming team because you are worried they won’t succeed? Auditioning for a role is no different than auditioning for a sports team. Show business is about learning how to compete with yourself to strive for your personal best. For example, an athlete who comes in second in a 1500-meter race still celebrates the victory because he broke his own personal record.

In an audition, your child’s focus should be on performing their own best, not on the other kids in the room. Your child’s personal best just might be what the Casting Director and Executive Producer want. 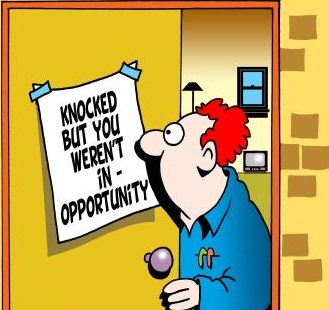 Focus your child doing their personal best, not on the fact that they didn’t get the role. It’s similar to your child studying for a test. If they studied and are prepared, their focus should be on doing their very best and not worrying about what their grade will be or on how the other kids scored.

Kids will compete their entire lives. It begins with that first race on the playground, then, the little league championship game, taking tests, applying to college and ultimately competing for a job.

Help your child look at competition as an opportunity not as rejection.

Written by HMB Special Contributor Irene Dreayer, Creator of  The Dray Way and Executive Producer of the Suite Life Franchise, amongst many others.  Irene has developed and executive produced hit children’s television programs for more than 20 years.