From the Momager Trenches: Actorfest NY 2009

From the Momager Trenches: Actorfest NY 2009 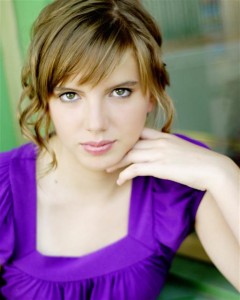 My 12-year-old daughter Kennedy Kathleen Surch is an actress and always has been.From her pre-school performances to more serious make-shift performances in our back yard in her tween years, this girl has always commanded attention.

Recently I came across a casting call I knew Kennedy would love:  Nickelodeon was having an open call for 12 to 20-year-olds.  The catch was that the call was being held in New York City at an event called Actorfest and we live in Dallas, Texas.  Although we have a fairly large film community in Dallas, we all know that if you ever want to be serious about the craft, one day you’ll eventually have to move either east to Manhattan or west to Los Angeles.

I quickly did some research and number crunching.  I knew that in order to convince my hubby to give the trip the thumbs up, I’d have to ensure that our time was chalked full of positive learning experiences to better acquaint my daughter with the acting world. The Actorfest website is very informative and promotes all the low cost workshops we could attend, industry professionals we could meet and face-to-face time actors would receive.  They provide an extensive list of casting directors and with the purchase of any one of the workshops, one was entitled to attend the “meet and drop” with these top casting directors.

But the primary draw was the Nickelodeon casting call. Any chance to be seen by one of Nick’s casting directors is a good thing in my book.  We were told to arrive well before the doors opened, in order to guarantee my daughter would receive an audition time.  Well, let’s just say that being early is not something we’re known for.  When we finally arrived, the  line wrapped around the corner.  We just about cried, positive she had missed her chance at an audition.  Luckily an Actorfest team member was taking names and assigning call times to all of us poor souls standing in line out in the cold.  So aside from the almost two hour wait in frigid temperatures on the damp streets of New York, everything went according to plan.

Once registered, my daughter and I entered a grand ballroom filled with rows of tables and booths.Everywhere we looked there was information about head shots and demo reels, about auditions and callbacks, about all new media including: websites, pod casts and DV reels. There were acting instructors selling their classes at special discounts and photographers with great head shot offers. Much to our amazement there were also cosmetic dentists, chiropractors, massage therapists and nutritionists.Who would have thought?

My daughter’s 10 a.m. Nickelodeon audition time came and went while we stood frozen in yet another line. Apparently it didn’t matter what time your audition was; the direction was clear to remain in line and wait!  After the first hour passed and we had moved forward all of  2 feet, it was discouraging to say the least. Eventually after another two hours in line my daughter made her way up the back staircase to her audition.  Very anti-climatically, she completed her lines within 5 minutes, thanked the casting people and we forged back into the hordes of people. That was it – audition over! 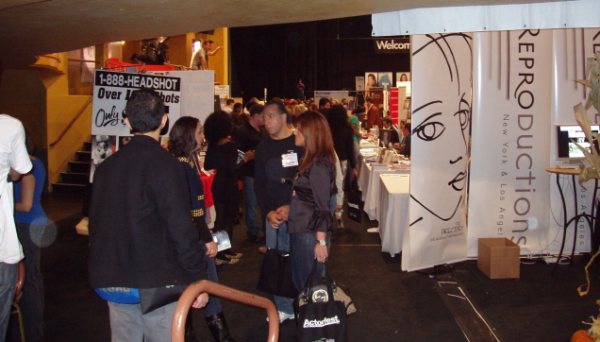 Following the audition, we decided to check out the workshops. There were multiple choices offered ranging from voice over and cold reads, to career management and making demos.  We decided on a workshop covering the ins and outs of auditioning, which offered a panel of casting directors, and film/theater directors who detailed the entire process of an audition, pointing out some “do’s and don’ts.”  While we definitely gained insight and learned valuable information, I left feeling like maybe we should have picked a different workshop.

Fortunately following the workshop, they immediately set up for the “meet and drop” so we were able to get in line early to see one of the casting directors.  After perusing all the different casting directors’ resumes, we chose to see Jennifer Rudolf. This line had about a 45 minute wait but when it was my Kennedy’s turn to be seen, she was able to speak one on one with Ms. Rudolph and her associate for almost 10 minutes.  Rudolf critiqued my daughter’s head shot and resume: telling her that what works in Texas doesn’t necessarily work in New York, gave her tips on ways to build her resume and to how to play up or play down her physical characteristics. Let’s just say that a 12 year old who is already 5’8” is not a really good thing in this business.  We left the conversation feeling we learned some valuable information, so for once, the wait in line seemed worthwhile.

Although we couldn’t stomach the thought of standing in another line, we decided to jump into one more with the hopes of meeting an agent.  The best thing about standing in lines is that you have the opportunity to meet several interesting people.  We passed the time away chatting with actors who were making a living at acting and those who had been aspiring actors for quite some time. After an hour passed, we heard that the agent we were waiting for had left and was replaced with a casting director. Then we learned that instead of individual meetings, they were now seeing people in groups of three to five.   You could see and hear the frustration when it was announced that there were not going to be any more one on ones. Besides the casting calls, this is what the majority of the people were there for – a tiny bit of face time with those that make decisions in the business.  All the great conversations in the world couldn’t make the time in line seem worth it and that point.

We decided to wait it out regardless and when it was my daughter’s group’s turn to go in, they walked up to this man’s table (sadly I don’t even know his name) and handed him their respective resumes and head shots. The casting director very quickly reviewed them, picked one or two things out and then sent them on their way.

We Texans are not easily discouraged, so my daughter and I happily filled the boxes with copies of her head shot and resume and then hit the streets of New York City. There were still many sights to be seen! 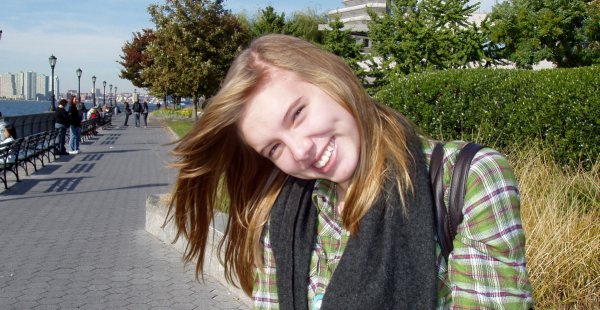 The question remains after that whirlwind trip: Would I do it again?”Honestly, I don’t think I would and this is why. If she were an actor living in New York, Actorfest NY would be a must, but for a 12 year old actor from Dallas, Texas,  I think the money would have been better spent on acting lessons.  All things considered we did have a blast – just don’t tell her father!

Cari Surch is the momager of young actress www.KennedySurch.com You can follow her adventures on twitter http://www.twitter.com/cariscalling