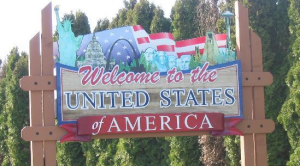 Occasionally, I respond to emails faster than I actually think about them. Okay, perhaps I do this more often than occasionally. I could easily blame my smart phone but to be honest it’s me, in all my positivity, saying “yes” to everything. And “yes” can often cause a bit of a conundrum or in the case of last Thursday, an official time-warp-dilemma.

As a working actress in 3 separate markets (My 9 year old daughter is a dual citizen who works in both the Vancouver, BC, Seattle, WA and Los Angeles, CA), Jane requires a lot of transportation to auditions and a lot of management.  As other momagers know, it’s a “fly by the seat of your pants” business in which it’s not unusual to have 24 hours notice (or less) for an audition call.  As a family, we have to be ready to “Go!” at all times; so much so that  I permanently keep a packed bag in the car.   Working in three markets makes for an enormous amount of scheduling, but that coupled with my inability to “think before I type” created last week’s super-challenge.

The first email I said yes to was for an audition at 5:20 p.m. in Seattle, WA which is only 45 minutes from my home. The second email was for a potential audition in L.A. that same day for a fantastic, “oh my gosh I’ve won the lottery!” type job.  I thought “Absolutely we’re available for that!”  In reality it’s a 17 hour drive to L.A. from my home and at that point, while it would be tight, I could still make an afternoon audition  in Seattle.

Then about 15 minutes later, I confirmed a third email for a 2:50 p.m. audition in Vancouver, BC.

A nanosecond after that, I had a mild panic attack.

It is a 2 1/2 hour drive between Vancouver and Seattle, not including the border wait. What had I done?  Both of these city’s markets had been quiet for awhile and I became so excited for Jane to have an audition that I lost some sanity temporarily.  How was I going to turn Vancouver down if we confirmed an audition in L.A. and how was I going to make this all work for Jane?

I went back to the emails. I simultaneously emailed the Seattle agent and the Vancouver agent, explaining the situation.  I was completely honest on all accounts and never made an excuse.  Then I had to wait…and wait…and wait for their replies.

The Seattle agent responded first. There was a 12:20 p.m. available. Hmmm….that doesn’t really help, but thanks anyway. Then the Vancouver agent responded. She’d emailed the casting director, but felt he most likely wouldn’t respond until the morning. As I calmly told her thanks, my inner self wanted to scream, “How am I supposed to wait until morning? It’s a 4 hour drive to Vancouver! I need a more time!”

“Waiting” wasn’t going to ease my mind. I needed a plan, so plan I did. I decided that we were going to head to Vancouver early anyway.

There were 3 possible outcomes:

1. I would get an email on the way to Vancouver confirming an early audition time

2. I could just show up early and ask for her to be seen

3. Our time would remain unchanged

We arrived in Vancouver at 11 a.m. and drove straight to the studio. That’s when the first positive thing happened; the auditions were in session and there were no check-in sheets. I filled out Jane’s paperwork as we silently waited for the casting director to make an appearance. Eventually, he popped out the door and I asked if he wouldn’t mind seeing Jane early. He was very sweet and said, “Of course, no problem.”  Phew!  We were finished in Vancouver by 11:20 a.m. and after a quick side trip to see my best friend’s newborn baby, we sped off to Seattle with 4 hours to spare.

As we departed Vancouver, panic began to creep in again. What if the USA border was backed up? I could end up waiting there for 3 hours and still not make the next audition. Perhaps I shouldn’t have seen my friend’s baby? Think good thoughts, think good thoughts. We approached the USA border anticipating the worst. Verdict: A 5 minute wait. What!? Only five minutes? Fantastic! I realized we could make it on time and even grab lunch on the way!

The final obstacle was going to be Seattle’s rush hour traffic. I just had to keep the positive energy going and keep the car in cruise, minding my MPH as a speeding ticket would definitely cramp our positive outlook on the day.

We arrived in Seattle, parked on quite possibly the steepest hill in King County and signed in to the 5:20 p.m. audition at very prompt 4:18 p.m.  As luck would have it, the second casting director saw Jane early too.  We were in and out of the Seattle audition and back on the road by 4:45 p.m.

We would make it home at a decent enough hour to have a small celebration with my middle child who was turning 6 that same day. Oh, did I mention I was coordinating that too? Not only was it his birthday, but I had toted my 23 month old with us to all these auditions and he never once made a fuss.

Jane never was called to audition for the L.A. dream job, but I think we had pressed our “travel” luck enough for one day, don’t you?

Susan Lowery is momager of up and coming star Jane Lowery, who works in the Seattle and Vancouver and L.A. Markets.  When she’s not driving up and down the coast on I-5, Susan (along with husband Travis) operates chiropractic clinic, C.H.I.R.O. Health Center, runs Janver Natlas (home of the Motr B stroller blanket), and raises their 3 children. Follow her on twitter twitter.com/chirosusan.