You are here:Home-Former Child Stars, Momagers in the News, Parents of Child Actors, THE BUZZ-New NICKELODEON Show based on Papa Joe Simpson, Jessica & Ashlee Simpson-Wentz
Previous Next 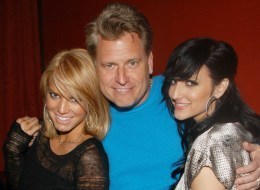 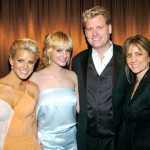 Joe Simpson, father and manager of performers Jessica and Ashlee Simpson, is developing a Nickelodeon comedy series loosely based on his real-life experience as a minister and psychologist raising two child star daughters in Texas. No mention of wife and mom Tina’s role, if any.

The as of yet untitled project revolves around one of the daughters who begins imitating her father and giving life advice to other kids in her school.

Emily Cutler (ABC’s “Carpoolers”) is writing the script with Simpson.  Veteran tween and teen series producer Tommy Lynch is executive producing.  Lynch has a long-standing relationship with Nickelodeon, having produced Nick series “South of Nowhere,” “Romeo!” and most recently “The Troop.”

Following his daughters’ success and his career turn as their manager, Joe Simpson has segued into producing Jessica and Ashlee’s TV projects and recently, the ABC drama series “Women’s Murder Club.” In defense of his managing the girls (reportedly for up to 20% of their earnings), US Magazine quoted Joe as saying: “It’s unfair to criticize me for what every manager does for his or her clients. And in this business, where people can quickly turn on you, who better than a parent to be working for his children?”